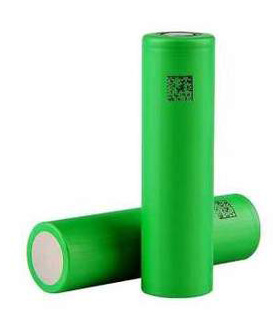 Battery safety of vaping devices. What is the real risk?

The media has reported the tragic story of a 38-year old man who died in Florida after an apparent explosion of a vaping device. Information is sketchy as the man was alone at the time and we do not know what type of device he was using.

However, it raises concerns about the safety of vaping and what vapers can do to reduce the risk of a similar event.

Why do lithium batteries malfunction?

Lithium batteries can malfunction if a small fault or damage allows the the positive and negative electrodes of the battery to connect. Lithium is highly reactive and this can lead to an internal short-circuit and a subsequent build-up of heat. This can trigger what is known as a “thermal runaway” in which the battery overheats and can burst into flames.

How common are lithium battery malfunctions?

Episodes like this case are dramatic and are widely reported by the media. However, they are very rare. A report by Public Health England concluded that the risk of fire from the electrical elements of e-cigarettes appears to be comparable to similar electrical goods.(p83)

According to the US Fire Administration, there were about 30 fires or explosions per year reported in the media between 2009-2016 in a population of over 8 million vapers. These are indeed very rare events and until now there have been no deaths reported.

The risk of fire is dramatically less than that due to smoking. The London Fire Brigade estimated in 2017 that the risk of a house fire from smoking was 255 times more likely than from vaping, noting that four times as many people smoke as they do vape. They report that 'In the last three years there has been 66 fire deaths caused by smoking and none relating to e-cigarettes'.

How to reduce your risk

Battery safety is being continually improved. Electrical protection can be built into the battery, into the charging appliance, or into the electronics to reduce the risk.

Users of 'mechanical mods'  and those who construct and modify their own devices are at special risk and need to be well trained in the engineering and electrical issues involved.

TV story on SBS with comments from Colin

Further advice on battery safety is available from:

The US FDA
The UK Electronic Cigarette Industry Trade Association