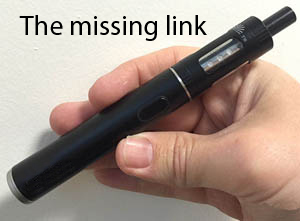 Victoria’s health organisations have overlooked vaping, the key component to establishing a smoke-free state in their announcement today.

Several health organisations have announced their plan called 'Target 2025' to combat stalled smoking rates by placing a 2025 deadline on Victoria to reduce daily smoking rates to below 5%.

The call today for a smoke-free Victoria by 2025 is a welcomed one, of course, but it has actually omitted the most effective, internationally-proven measure to significantly reduce smoking rates: legalising vaping and is unlikely to reach its target.

There is growing scientific evidence that vaping helps people quit smoking. In fact, personal vaporisers (e-cigarettes) are now the most popular quitting aid in many countries including the UK, US and Europe and have helped millions of smokers to quit.

Implementing more or less the same tobacco control measures isn’t going to have the desired impact – and we’ve seen this to be true in Australia since 2013, where smoking rates have not had a statistically significant reduction.

In contrast, smoking rates are falling rapidly in many countries where personal vaporisers with nicotine are legal and widely available. It is very likely that vaping is a contributing factor to this rapid decline.

Why is it that public health organisations are so reluctant to embrace this proven measure of reducing smoking rates?

Complete cessation of all tobacco and nicotine is always the preferred goal. However, many smokers are not able to quit with conventional treatment and vaping provides a far less harmful alternative for them. It delivers nicotine and a ‘smoking-like’ experience, without the smoke which causes most of the harm to health.

Let’s hope health organisations will be able to see the bigger picture when it comes to truly achieving a smoke-free society in Victoria and across Australia, which is what everybody wants.