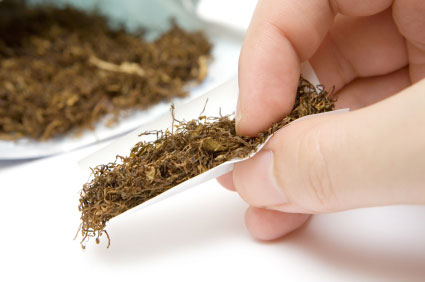 It is a common belief that rollies (roll-your-own cigarettes) are safer than factory-made cigarettes. However this is not the case.

According to a paper published today in the journal Tobacco Control by Australian researchers, rollies are at least as risky as smoking any other sort of tobacco product and research suggests that rollies may pose a greater risk of mouth cancer and possibly also bowel cancer than factory-made cigarettes.

Roll-your-own tobacco contains many of the same additives found in manufactured cigarettes as well as additional additives that help to maintain moisture content given the frequent exposure of the tobacco to air when the pouch is opened.

In any case, the authors point out that:

Roll-your-own cigarettes are about 30% cheaper than factory-made cigarettes on a cost-per-cigarette basis. The high price of smoking has led some smokers to switch to rollies as a less costly substitute. Tobacco companies have also produced smaller pack sizes for loose tobacco to encourage its use.

The popularity of roll-your-own cigarettes varies between countries. Rollies are only a small part of the tobacco market in Australia but are much more common in the UK, Netherlands, France, Germany and New Zealand.

A much less harmful and cheaper alternative to smoking is vaping with electronic cigarettes. Vaping provides the nicotine that smokers need but without the smoke which causes nearly all of the serious health effects. According to the UK Royal College of Physicians, vaping is at least 95% less harmful than smoking. It is also around 85% cheaper.