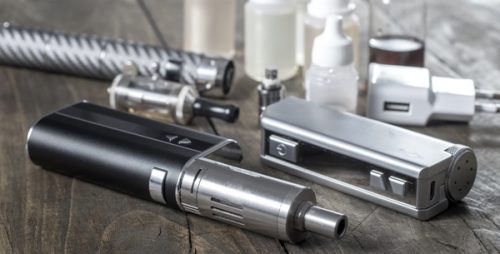 Switching to a lower nicotine e-liquid may be more harmful

A study published today in Addictive Behaviors has confirmed previous findings that switching to a lower nicotine concentration may do more harm than good.

The study followed 27 experienced vapers over 12 months and found that they reduced the nicotine concentration of their e-liquid, but maintained the same nicotine blood levels.

They also used larger quantities of the e-liquid daily which leads to the inhalation of larger doses of toxic chemicals. Of course, the levels of toxins absorbed are much less than from smoking, but still are best kept to a minimum.

Other research has shown that when nicotine levels in the juice are reduced, vapers compensate subconsciously by inhaling more intensely (more and deeper puffs) to maintain the desired level of nicotine in their bodies and avoid cravings and nicotine withdrawals.

Vapers reduce their nicotine levels partly in the mistaken belief that lower concentrations are less harmful. In fact, nicotine has relatively minor health effects from vaping, except during pregnancy. The greater, but still very small, risk comes from the other inhaled chemicals.

On the other hand, reducing nicotine may have a role for vapers who want to transition off vaping altogether. Some find that reducing their nicotine level helps wean them off vaping.

Other changes over time

The study found that many vapers transition to 'sub-ohming' over time. This means using  a device with more power and an atomiser coil with a low resistance, less than 1 ohm. These devices produce larger clouds and are used with lower doses of nicotine.

Reducing the nicotine concentration of your e-liquid may be more harmful overall. You are likely to puff more intensely to maintain your nicotine levels and inhale more toxic chemicals. You will also need to refill more frequently at greater cost.