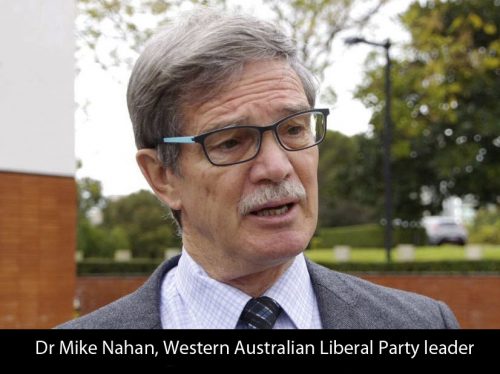 WA Liberal party calls for vaping to be legalised

Many in the vaping community get frustrated by the slow progress of the cause to legalise vaping and help smokers reduce harm in Australia. Whilst there is still a way to go, we have made a significant step forward.

The WA Liberal party has passed at its state conference today 12 August 2018, a motion calling for the legalisation of vaping. The following motion was passed overwhelmingly 76 to 56:

This is the first time that either of the major political parties has adopted such a policy in any state. Whilst not binding on the parliamentary party, it certainly gives it direction.

This comes two weeks after WA Liberal Democrat MLC Aaron Stonehouse launched a petition to legalise vaping which is aiming for 50,000 signatures. Polling in the by-elections in the seats of Perth and Fremantle federally showed 70% support for legalising vaping with majority support across the political divide.

ATHRA which only established in late 2017 has been able to trigger a public debate on vaping. Twelve months ago, there was no mention in the media and most people did not know about vaping. Today many media outlets have published pieces on why vaping should be legal in Australia. Many commentators are now onside with the push to help smokers reduce harm.

If one strips away ideology the case is closed. Vaping has been consistently shown to be at least 95% less harmful than smoking. Where legal, smoking rates are falling faster than where it is not. Youth smoking rates are also declining where vaping is legal.

We also know that despite the highest cigarette prices in the world and plain packaging that smoking rates in Australia have not fallen between 2013 and 2016. In addition, the rates of smoking in Indigenous populations, prison and homeless populations and those with mental health problems far exceeds the rates in latte strip suburbs inhabited by many in public health.

Nicotine is what keeps people smoking but it is not a carcinogen and has relatively minor health effects, except possibly in pregnancy. It is already available in patch and chewing gum form. Yet many are still unable to quit. Many who have switched to vaping report it changed their lives.

Nothing on earth is harm-free but vaping at 95% less harmful has to be better than smoking. Even at only 50% less harmful it would be worthwhile. Claims that it is a big tobacco conspiracy make no sense when you look at the negligible market share that “big tobacco” has in vaping in Australia and the US. Anyone switching to vaping is diverting money away from the tobacco industry. Those opposing vaping are in fact keeping money flowing to it.

When one objectively looks at the science and the real world data, the only conclusion that can be drawn is that it should be no harder for people to legally obtain a less harmful option. If you can legally smoke then you need to be able to legally vape.

The WA Liberal Party is to be congratulated on taking a leading stance and listening to science and data rather than ideology. Let us continue to push all sides of politics to do likewise. Legalising vaping is, in reality, a no-brainer.

Pro Vaping parties will be get my vote in future.
It is my only concern. Prolonging ,Improving MY LIFE.