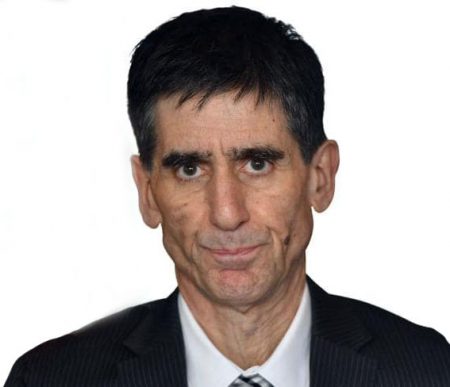 The AMA must stop misleading on vaping

When accused of inconsistency, John Maynard Keynes reportedly said, “When the facts change, I change my mind. What do you do, sir?”

Unfortunately, leaders of the Australian Medical Association (AMA) are not following this sensible advice on the issue of e-cigarettes. The AMA stubbornly and dangerously peddles myths and misconceptions which are steadily being demolished by scientific evidence and patient experiences.

Since replacing Michael Gannon as AMA president, Melbourne GP Tony Bartone has run the official AMA line on vaping. According to his media comments so far as president, vaping is only “slightly less harmful” than smoking. He says, “We know there are carcinogens” in vapour, and that, “We need to know a lot more about the long-term consequences”. He also insists the evidence “does not prove that (vaping) has a role as a cessation aid” in helping smokers quit their deadly habit.

Because of his high-profile office, Dr Bartone’s statements are assumed to be correct and are not challenged.  Yet all of these comments ignore important evidence and are misleading.

vaping is only “slightly less harmful” than smoking

Dr Bartone’s comment misrepresents the growing scientific evidence that it is far safer than smoking. The UK Royal College of Physicians – which first made the connection between smoking and lung cancer almost 60 years ago – and Public Health England (PHE) have both reviewed the evidence and concluded that long-term vaping is at least 95 per cent less harmful than smoking. Even the AMA’s parent body, the British Medical Association, now accepts vaping is substantially safer than smoking.

People smoke for the nicotine fix but die from the tar, carbon monoxide and thousands of other toxins from burning tobacco. However, according to PHE, the vast majority of the toxins in smoke are either absent from vapour or are mostly below harmful levels. The small potential risks from vaping therefore need to be balanced against smoking’s considerable known harms. Two out of three long-term smokers will die from a smoking-related disease. The difference in risk is huge, not trivial.

“We know there are carcinogens” in vapour

Low levels of carcinogens are indeed found in vapour. However, carcinogens are also present throughout the environment. There are carcinogens in coffee but drinking coffee is not a cancer risk. Smokers need to know how the risk of cancer from vaping compares to smoking.

Studies have concluded that the overall cancer risk from vaping is dramatically lower than from smoking, probably less than one per cent. Portraying all risks as equal, irrespective of their magnitude and relevance, is misleading and intellectually dishonest.

Dr Bartone’s statement implies a greater risk than so far indicated by evidence. While nothing is ever entirely risk-free, the AMA ignores that we know a lot already. Expert authorities have settled on the 95 per cent safer figure and there is very little evidence of serious harm after ten years.

Vaping as a quitting aid

Millions of former smokers would disagree with the AMA's opinion on the effectiveness of vaping as an aid to quitting. Over 6 million smokers reported quitting with e-cigarettes in the European Union alone and nearly 3 million have quit in England. It is no coincidence smoking rates have dropped significantly in the UK where nicotine vaping is legal, while Australia’s have stagnated. Vaping does not work for everyone. However, it has helped many smokers to quit who have previously failed with conventional therapies.

Applying the AMA’s logic to soft drinks, Diet Coke would be banned because it contains some calories which may lead to obesity and other diseases and because it does not cause total and immediate cessation of Coke drinking. That makes no sense. Similarly, the AMA’s knee-jerk response to vaping is wrong.

Dr Bartone should take note of his immediate predecessor, Michael Gannon. After stepping down in May, Gannon admitted to having run the official AMA line while president and conceded "not even I agree with everything I say".  On vaping, Gannon now says he is “interested and open-minded” to the potential of e-cigarettes. He gets what Keynes was on about.

Given the AMA’s guaranteed media platform, and health ministers citing the Association’s authority for cracking down on the sale and use of vaping devices, it matters that the AMA views on vaping are ill-informed and misleading. AMA leaders have an ethical obligation to give the public accurate evidence-based information, not outdated assertion and ideology.

Dr Bartone is decent, honourable and cares passionately about his patients: he needs to ensure that the AMA considers all the evidence about the benefits of vaping on its merits and leads rather than misleads public and political opinion.  If he doesn’t, the AMA not only compromises its reputation as a credible, independent health authority, but arguably risks lives when smokers unquestioningly accept AMA opinion on vaping as fact.

2 Replies to “The AMA must stop misleading on vaping”

I like the valuable info you provide in your articles. I’ll bookmark your weblog and check again here frequently. I'm quite certain I will learn plenty of new stuff right here! Best of luck for the next!

The AMA response to 7 nightly news article on banning of nicotine vaping devices imports was "vaping is not a healthy alternative to cigarette smoking"
They used the word healthy not healthier as a maipulating statement because even coffee is not a" healthy" alternative to anything but the implied statement
Is that it is not healthier than smoking which they know that it is.
Are we still living in the dark ages in this police colony?