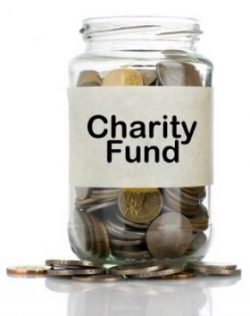 Prominent Australian doctors who support nicotine vaping as a harm-reduction measure for smokers have been stunned by assertions they have accepted secret money from vested interests.

A Fairfax Media report last weekend claimed the Australian Tobacco Harm Reduction Association (ATHRA), a registered charity, was hiding ties with Nicopharm, a provider of liquid nicotine, and Nicovape, a maker of e-cigarettes.

Dr Colin Mendelsohn, who founded ATHRA with GP Dr Joe Kosterich and two other doctors in October 2017, said the group had never disguised the fact that the two commercial companies had donated money “to help us get off the ground”.

“We have been very transparent,” Dr Mendelsohn told The Medical Republic.  “We did announce that we were taking donations from vendors.”

He said he had told Fairfax that ATHRA had accepted $15,000 from Nicopharm and $2500 from Nicovape as “seed money and for ongoing expenses”.

Early on, ATHRA had removed the Nicopharm and Nicovape logos from its website because of legal advice that identifying the companies could constitute unlawful advertising of their products, he said.

It seemed the disappearance of the logos aroused suspicions about slippery ethics.

The “Funding” section of ATHRA’s website says the organisation is funded by untied donations from businesses and the general public which are tax deductible.

“We do not accept donations from tobacco companies or their subsidiaries,” it states.

Yesterday, a new paragraph was added that reads: “We do accept donations from the vaping industry. Two vaping businesses provided funding for the initial legal and website costs of establishing ATHRA.”

Dr Mendelsohn said he had made it clear to Fairfax that he had paid from his own pocket for interstate travel and an international trip for the purpose of talking about the benefits of nicotine vaping.

Dr Kosterich, a Perth GP and media presenter, said he was surprised by the allegation.

“We made no secret of the fact that these businesses had donated money,” he said.

Dr Kosterich said he had agreed to join ATHRA’s founding board last year, some four years after he started hearing from patients that inhaling vaporised nicotine had helped them quit smoking.

“My interest came from listening to patients. Unfortunately, that is something a lot of public-health people don’t do, because either they don’t practice clinically or they have no medical degree,” he said.

Also on ATHRA’s board are Dr Alex Wodak, president of the Australia Drug Law Reform Foundation and former director of the Alcohol and Drug Service at Sydney’s St Vincent’s Hospital, and Dr Catherine Silsbury, an addiction medicine specialist.

A fifth ATHRA board member is consumer representative Stephen Elsom, a retired nurse and former tobacco addict who quit the habit through vaping.

The list of 57 Australian medical practitioners named as supporters of ATHRA is dominated by addiction medicine specialists and psychiatrists.

The list also includes well-known obstetrician and gynaecologist Professor Stephen Robson, who has written on the potential benefits of vaping for smokers who cannot or will not quit during pregnancy.

In Australia, nicotine is classed as a poison and is available only when medically prescribed for smoking cessation, a therapy used by Dr Mendelsohn.

However, nicotine liquid preparations and e-cigarette devices can be procured for personal use from overseas.

But in jurisdictions where nicotine vaping was readily accessible, such as Europe, the US, the UK, Canada and New Zealand, tobacco smoking rates were continuing to fall.

One Reply to “ATHRA rejects claims of ‘secret’ vaping donations”