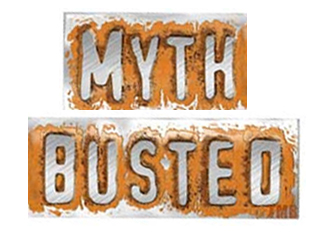 Myth busted. Most vapers are not ‘dual users’

Anti-vaping advocates often argue that most vapers also smoke at the same time (dual use) and therefore vaping has no health benefits. However, research from a number of countries shows this is not the case.

Completely giving up smoking is always the preferred goal. However, a temporary period of smoking and vaping is common as a stepping stone to quitting smoking and in itself may lead to health improvements.

Rates of dual use

Research suggests that about half of the people currently vaping are not smoking.

In Australia, 57% of vapers are not smoking based on an analysis of the 2016 National Household Drug Strategy survey.

In the UK, 55% of vapers do not smoke according to the 2017 Action on Smoking and Health survey.  Importantly this percentage has been increasing each year as vapes become more effective and more dual users quit smoking - in 2015 only 40% of vapers were not smoking.

In the United States, 48% of vapers no longer smoke, according to the CDC's NHIS survey in 2018. 52% of former smokers were still smoking and vaping.

Research shows that the long-term dual users are more likely to try to quit smoking and to succeed in quitting.

Over a 12 month period Etter found that 46% of 367 dual users had quit smoking. It takes some time to adjust to vaping and gradually let go of the familiar cigarettes.

Some smokers quit immediately after beginning to vape, others gradually reducing their smoking intake. Dual use is a normal part of the quitting process.

Smoking while using NRT is just as common as smoking while vaping, and is a transition towards quitting.

Is dual use harmful?

During dual use, smokers usually reduce their cigarette intake, often to very low levels. This is because they get some nicotine from vaping and do not need to puff as much on the cigarettes. As a result, most studies have shown that dual users reduce their intake of toxins and carcinogens (here , here and here).

Dual use could reduce the health risks compared to smoking, especially where there are substantial reductions in smoking. Some clinical studies have also shown improvements in dual users, such as in COPD (emphysema), asthma and blood pressure.

However, the health benefits are always greater when smokers quit tobacco completely. Even low levels of smoking are very harmful.

The only potential harm from dual use is if it prevents smokers from quitting by other methods. However, there is no evidence to show this is happening

One reason why some dual users struggle to quit smoking is that the current vapes are not yet good enough for them. Future products are likely to be more effective.

Some dual users may benefit from adding a stop smoking medication such as the nicotine patch for a time, or from some professional counselling. This is likely to make the final transition easier.