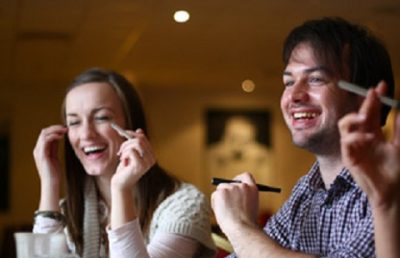 The Northern Territory is seeking feedback on a proposed Bill which will regulate vaping the same as smoking. If passed, this Bill will restrict smokers' access to a far safer product and will lead to more smoking-related disease and death.

The Economic Policy Scrutiny Committee is calling for submissions to its inquiry into the Tobacco Control Legislation Amendment Bill 2018. The deadline for submissions is 19 September 2018.

The fundamental flaw of the proposed Bill is that it defines nicotine-containing vaporisers as tobacco products. However, vaporisers do not contain tobacco, there is no combustion or smoke and they carry only a small fraction of the risk of tobacco products.

Classifying vaporisers as tobacco products and applying harsh restrictions sends a misleading message to smokers that vaping is equally harmful and will discourage its uptake.

The Northern Territory has the highest smoking rates in Australia. In 2016, one in five people smoked  (20.9%) compared to a national average of 14.9% (Table 7). Vaping could help to reduce smoking rates faster and should be embraced.

The Committee should be guided by the latest evidence on vaping summarised last month in the UK Parliament House of Commons Science and Technology Committee report on e-cigarettes. The report recommended:

‘Existing smokers should always be encouraged to give up all types of smoking, but if that is not possible they should switch to e-cigarettes as a considerably less harmful alternative’

The UK Parliamentary committee concluded that

Regulation needs to strike the right balance between allowing the use of vaping by addicted smokers who are unable or unwilling to quit smoking as well as protecting the community from unintended consequences, such as uptake by non-smokers. According to the UK Royal College of Physicians:

‘There is a need for regulation to reduce direct and indirect adverse effects of e-cigarette use, but this regulation should not be allowed significantly to inhibit the development and use of harm-reduction products by smokers’

We believe this Bill does not strike the correct balance.

ATHRA feels the Bill infringes the fundamental rights of citizens to optimal health. It is unethical to prevent access to a much less harmful alternative which is likely to lead to substantial health improvements.

As there is no evidence of harm from exhaled vapour, the ‘harm principle’ developed by John Stuart Mill should apply:

‘That the only purpose for which power can be rightfully exercised over any member of a civilized community, against his will, is to prevent harm to others. His own good, either physical or moral, is not a sufficient warrant.’

Individuals can make a submission to the Committee. The Terms of Reference, copies of the draft Bill, associated Explanatory Statement and other reference material are available here. Information on making a submission can be found here.