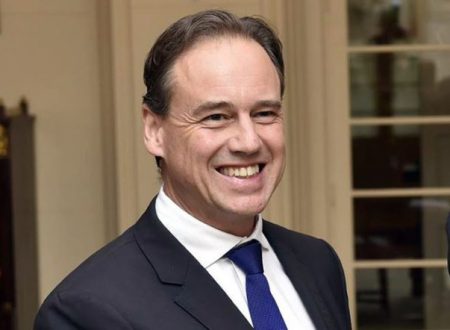 In a major turnaround, the federal Liberal Party took the first step today towards legalising vaping by voting for an independent scientific inquiry into vaping.

In today's Liberal party room meeting, the Health Minister Greg Hunt (pictured) agreed to commission an inquiry into the scientific evidence of vaping, possibly by the National Centre for Epidemiology and Population Health (NCEPH) at the Australian National University. ATHRA sees this as a positive first step towards legalising the use of nicotine for vaping in Australia.

Support has been growing in the Liberal Party as the evidence on the public health benefits of vaping has been accumulating. ATHRA has been informed that at least two thirds of Liberal MPs are now in favour of legalising nicotine vaping.

The decision by the federal party follows the recent decision by the WA state Liberal Party to call for the legalisation of vaping at its state conference. WA Liberal Democrat Aaron Stonehouse MLC is also campaigning to legalise vaping. He is also the chair of the WA Personal Choice and Community Safety (Nanny State') Inquiry which includes an evaluation of vaping.

Australia’s ban on vaping has left it out of step with other western, industrialised countries. Vaping is legal in the UK, US, European Union, Canada and New Zealand and has helped millions of smokers to quit.

Smoking rates are continuing to decline in those countries, in some cases faster than ever. However, in Australia the smoking rate has plateaued since 2013. In fact, smoking rates have been rising in NSW and South Australia in the most recent state surveys.

The UK House of Commons Science and Technology Committee reviewed the evidence on vaping last month and strongly supported the widespread use of vaping. It concluded that if smokers could not quit, ‘they should switch to e-cigarettes as a considerably less harmful alternative’.

The NCEPH has not taken a public position on vaping and is well placed to do an independent analysis of the evidence to help guide future policy. The key to a reliable review is for it to be independent of political pressure, ideology and predetermined views. The right terms of reference are also vital.

I have personally quit traditional cigarettes since starting vaping products since 2016. Never will i go back to cigarettes if a ban on eciggs come to effect, I see myself going back to traditional cigarettes. Which I see as government forcing smokers to be hooked on them for tax purposes. Very sad. Under-age vaping can always we be controlled by government if they want to, but banning these products for everyone is not a solution to the whole picture.