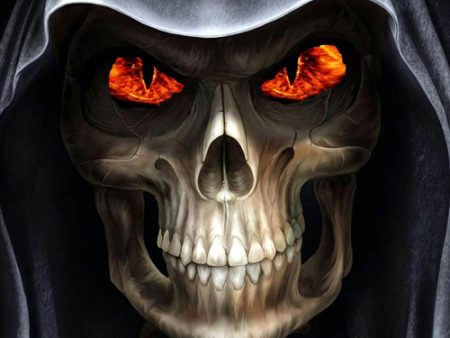 Is vaping a conspiracy created by Big Tobacco?

There is a pervasive myth that vaping was developed by the tobacco industry to prolong cigarette smoking or to hook the next generation of teens to tobacco addiction. This simply is not true.

Modern vaping was invented by a Chinese pharmacist in 2003 and has largely grown as a grass-roots consumer movement by smokers seeking a safer alternative to lethal combustible cigarettes.

Big Tobacco didn't invent nicotine vaporisers (e-cigarettes) and they don't control the vaping market. The industry is getting blown away by this disruptive technology. Big Tobacco is in Big Trouble.

Tobacco investors clearly see the rise of vaping as a threat to the industry. Recently, tobacco stocks rose $20 billion USD in one day after the US FDA announced plans to curb the growth of vaping.

Financial commentators have expressed grave concerns about the impact of vaping on the tobacco industry. ‘We saw the market's sudden recognition that the cigarette industry seems to be in serious trouble, disrupted by the rise of vaping’, according to CNBC’s Jim Cramer.

Indeed, Philip Morris' share price has fallen an unprecedented 30% in the last 12 months. No doubt the threat from vaping has played a major role (Source: Financial Times) 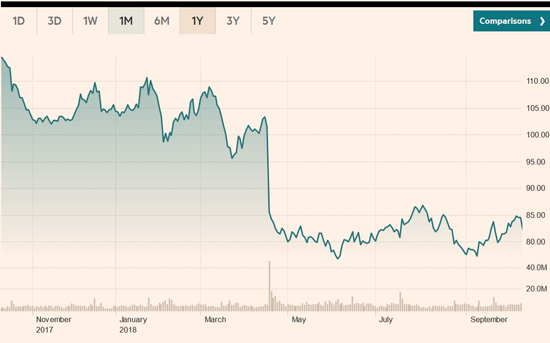 Businesses need to respond to technological innovations to survive. Car manufacturers are developing electric cars, coal companies are moving towards renewable energy. The tobacco industry eventually recognised the risk of vaping. Big Tobacco first moved into the vaping market in 2012 and has been playing catch-up ever since.

Big Tobacco controls only a small fraction of the vaping industry.

The tobacco industry share of the global vaping market is estimated to be less than 20% by research firm ECigIntelligence.

Tobacco companies make no vaping products sold in Australia or New Zealand and sales in Canada are negligible.

Big Tobacco mainly produces first-generation ‘cigalike’ models which resemble cigarettes. However, they have only a minor share of the much larger refillable ‘tank and mod’ models which are much more popular with consumers.

Big Tobacco’s market share in the United States is only about 15% by value according to Wells Fargo and is rapidly decreasing. Tobacco companies produce about 25% of the cigalike category but virtually none of the refillable models. As the refillable products are far less expensive, on a cigarette-pack-equivalent basis Big Tobacco has only a tenth of the US vaping market.

In the UK, less than one in three products is owned by tobacco companies according to ECigIntelligence. In France, Germany and Italy, the tobacco company market share is an estimated 5%, according to the independent institute of economic studies Xerfi.

The belief that vaping is controlled by the hated tobacco industry is widely used to argue for a prohibitionist policy on vaping. This is understandable given the industry’s past extremely dishonest and unethical behaviour. However, punishing the tobacco industry to ban vaping perversely protects the cigarette market.

It is wrong to automatically assume that everything the industry is involved in is bad. Big Tobacco has created the problem, but it should also be allowed to be part of the solution if it switches to less harmful products.

Both PMI and BAT have expressed an intention to transition to smokeless, reduced-risk products, although most observers retain a healthy scepticism.

Some have demanded that Big Tobacco should immediately cease cigarette production to show they are serious about reducing harm, but this is simply not possible because of their duty to shareholders and legal responsibilities.

Switching to safer nicotine products gives them a new income stream and a way out of the lethal cigarette business while continuing to meet their legal obligations. Surely it is better for Big Tobacco to switch from making products that kill up to two in three users to products that are at least 95% safer?

Does it really matter who makes products that reduce smoking deaths? What matters is that it happens.

The market will decide if the tobacco industry succeeds in its transition. In a competitive marketplace, consumers will buy the best products at the best price.

It would be a public health tragedy if the uptake of vaping was undermined because of the false belief that vaping was a tobacco industry plot. Vaping is a far safer alternative to smoking and has helped many millions of smokers to quit. Excessive restrictions on vaping will favour the tobacco industry and lead to more people smoking.

Vaping has the potential to make deadly combustible cigarettes obsolete. This is an opportunity we can’t afford to miss.