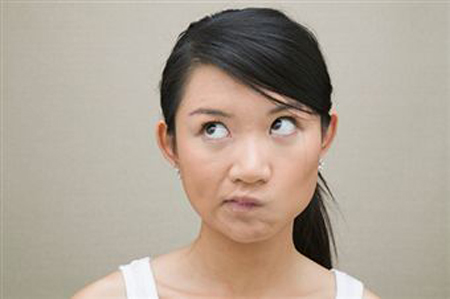 Time to drop the name ‘e-cigarette’ for something more appropriate

It is time to consider replacing the terms 'e-cigarette' and ‘electronic cigarette’ with something more appropriate. These labels link a low-risk life-saving technology to a toxic and deadly product and are muddying the already murky waters of the tobacco harm reduction debate.

'Cigarette' is an intensely powerful word. It carries emotion, stigma and negativity way beyond its basic meaning. Cigarettes are arguably the most lethal consumer product ever invented and kill up to 2 in 3 regular users when used as intended.

Cigarettes are essentially nicotine delivery devices. People smoke to get nicotine but die from the toxic cocktail of over 7,000 chemicals released by burning tobacco. The very word ‘cigarette’ evokes death, illness, addiction and suffering.

These devices use batteries to electronically heat a liquid containing nicotine (usually), propylene glycol, vegetable glycerine and flavouring into an aerosol of fine liquid droplets inhaled by the user.

E-cigarettes do not contain tobacco and there is no combustion, so the resulting vapour is far less toxic than smoke. The UK Royal College of Physicians estimates vaping to be at least 95% less harmful than smoking.

The first nicotine vaping devices had the look and feel of traditional cigarettes and were understandably dubbed ‘electronic cigarettes’ when they were invented in 2003. Over the last 15 years rapid product development and innovation has occurred. The great majority of modern devices now bear no resemblance to a tobacco cigarette.

Continuing the use of the label ‘e-cigarette’ contaminates the process of vaping with the toxic baggage associated with tobacco cigarettes. The very term implies poison and could in itself discourage smokers from making the switch to a far safer alternative.

Furthermore, vapers are no longer cigarette users, and many loathe their former habit. Use of the word e-cigarette invokes the unpleasant past behaviour which they have struggled to leave behind.

A wide range of descriptors for nicotine vaporisers has emerged. Most popular names are based on the underlying vaporisation process. The Macquarie dictionary defines vaporise as ‘causing to pass into a gaseous state’. Strictly the mist created by heating the liquid is an aerosol but is called vapour in common practice.

Commonly used terms include vaporiser, vaping device, vape device, vapor product and the more colloquial 'vape' (as in where is my vape?).

Similarly, 'nicotine’ is often included in the name to differentiate vaporisers with nicotine from other devices or vaporisers without nicotine, for example ‘nicotine vaping device’.

ENDS (Electronic Nicotine Delivery Devices) is used in research and academic circles but, for obvious reasons, has not caught on more widely. The term is also not ideal as not all vaping devices contain nicotine.

It would be helpful to agree on more appropriate names for this evolving technology which would be acceptable to researchers, users and the general public.

I recently did several social media polls on preferred names. E-cigarettes and ENDS were the least popular choices. The most popular terms were vaporiser, vaping device and vape. A search on google trends indicated that vape was by far the commonest search term.

In my view, vaporiser, vaping device and vape are all popular, simple and acceptable terms which describe the device without extra layers of unwanted meaning and stigma. The terms nicotine, personal and electronic can be added if desired as prefixes.

E-cigarette and ENDS should be retired from the lexicon for the reasons discussed above.

The final controversy is how to spell vaporiser. A search of international dictionaries suggests vaporiser is the preferred British and Australian spelling whereas vaporizer is used in the US. And in case you were wondering, ‘vapouriser’ was not found in any of the major dictionaries.

Anyway, that’s my view. What do you think?