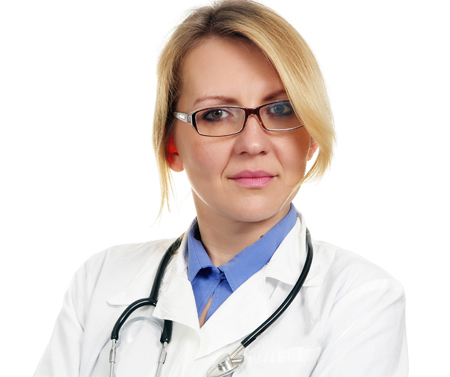 Should you vape? A doctor’s view

MANY people still believe that vaping is just as bad for you as smoking ordinary cigarettes.

They also think that because you are inhaling nicotine in the vapour of e-cigarettes you are just as likely to get lung cancer as you would smoking tobacco.

There are also worries that vaping will act as a gateway for young people, who have never smoked, to progress to traditional cigarettes and ruin their health as a result.

They are fears, too, that it will “normalise” smoking again just when public health campaigns are managing to help more people permanently quit smoking than ever before.

All the evidence, however, says that this just is not the case.

Don’t get me wrong, as a doctor I’d prefer it if nobody smoked OR vaped.

Years ago, as medical students, who should have known better, many of us smoked a little — often to disguise the awful, lingering smell of the cadavers we had to dissect in the anatomy room.

But we soon stopped when we saw with our own eyes what the long-term effects of smoking did to the human body.

In the Pathology Museum we would see a nice healthy pink lung sat pickled in a jar of formaldehyde right next to another lung, black with tar and soot from smoking, at the centre of which was a hard, pearly white grapefruit-sized knuckle of cancer with tentacles reaching out into other adjacent organs including the liver and brain.

Later, as qualified doctors on the wards, we saw the horrendous consequences of it.

People who could not breathe without oxygen tanks, people suffering heart attacks or strokes, or undergoing amputations or voicebox removal for throat cancer.

We saw — and still see — the damage done to unborn babies of expectant mothers, who remain addicted, and the increased risk of chest and ear infections from passive smoking, and meningitis and leukaemia in infants, who live in smoking households.

The medical evidence is irrefutable. Smoking tobacco is bad news.

But vaping is different.

You heat up a solution called an e-liquid, which typically contains nicotine, a propellant called propylene glycol and/or vegetable glycerin and flavourings.

What you don’t do is burn tobacco or produce tar or carbon monoxide — two of the most harmful elements of all in tobacco smoke.

Sure, some vapes may contain a fraction of some of the harmful chemicals found in cigarette smoke, but they are present at much lower levels, if detectable at all.

So are they safe? According to all the international medically-reviewed evidence from such expert organisations as Public Health England, the Royal Colleges of Physicians and General Practitioners, the British Medical Association and Cancer Research UK, e-cigarettes are at least 95 per cent safer than traditional cigarettes.

The American Cancer Society and the National Academies of Science, Engineering and Medicine both agree with them.

Yes, the nicotine, of course, is addictive. But so what? So is caffeine, even eating.

Contrary to popular belief, nicotine does not give you cancer and it is relatively harmless generally.

Apparently only 17 per cent of the population know this.

Happily, there is no evidence of harm to other people from vaping and, if used instead of nicotine replacement gum or patches, may even help expectant mums remain smoke-free in the long term.

As a doctor I don’t want any young person or non-nicotine user to try vaping. Ever. Period.

As it happens, regular use of e-cigs among “never” smokers is still very rare at just 0.5 per cent.

But look at what they’ve done to help tobacco smokers quit.

In the UK, 1.7 million vapers have quit smoking completely and more than 900,000 have given up both smoking and vaping.

In fact, this is Britain’s most popular method of quitting with two-thirds stopping successfully when used alongside professional stop-smoking NHS support.

In this country we have some of the strictest regulations in the world.

E-cigs are subject to minimum standards of quality and safety as well as clear packaging and labelling requirements.

All ingredients have to be notified, advertising is prohibited in media such as television, newspapers and magazines, it is illegal to sell them to under 18s and to adults intending to pass them on to under 18s. That is responsible regulation whichever way you look at it.

This month’s national Stoptober campaign recommends using e- cigarettes as a stop-smoking aid and if it helps some of the 9 million smokers in the UK kick the habit for good then perhaps doctors like me will see fewer people in our surgeries struggling to breath or devastated by a cancer diagnosis.

And if I see any ex-smoking patients of mine having a quiet vape outside my surgery door, I shall give them a heartfelt pat on the back and cherish the fact that there will be one less nasty fag end polluting the street.

One Reply to “Should you vape? A doctor’s view”

Pingback: Should you vape? A doctors view. -