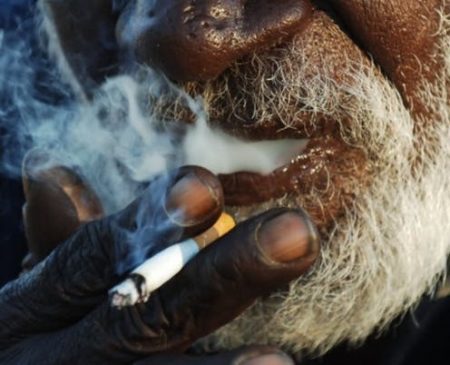 This was the message of a special workshop on vaping held today (8 November 2018) at the 5th National Indigenous Drug & Alcohol Conference in Adelaide.  The workshop was conducted by Associate Professor Colin Mendelsohn, leading researcher Professor Marewa Glover from New Zealand and Associate Professor Scott Wilson.

“Smoking causes the greatest burden of disease, disability, injury and early death among Indigenous people and accounts for 23 per cent of the health gap between Indigenous and non-Indigenous Australians.” according to Ken Wyatt, the Minister for Indigenous Health.

Governments have committed extra funding and resources under the Closing the Gap program for ten years.

However, the gap between Indigenous and non-Indigenous smoking rates has not reduced since 1995: 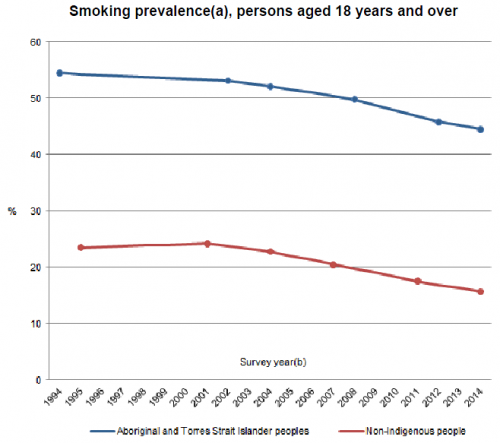 The potential for vaping

Clearly the current 'quit or die' strategy is working too slowly. Many Indigenous smokers are simply unable or unwilling to quit and remain at high risk. For those who cannot quit, switching to a far less harmful alternative such as vaping can lead to dramatic health improvements and financial savings.

Switching to vaping reduces the health risks without having to quit nicotine or the ‘smoking’ ritual. Vaping is a far less harmful substitute which delivers the nicotine smokers are addicted to, but without the smoke that causes almost all of the harm to health.

Vaping would also allow former smokers to maintain their social connections with other smokers, vaping with smokers during smoking breaks.

A recent study of Indigenous Australian smokers found that 21% have tried vaporisers (e-cigarettes). However, the authors found 'there is considerable misunderstanding about the relative harm of e-cigarettes compared to conventional cigarettes, in part due to the tight regulatory environment in Australia.'

Vaping has been very successful among Maori smokers in New Zealand.  For example, the Vape2save program provides advice and support and free supplies and has helped many Maori smokers quit.

Cigarette prices have doubled in Australia since 2008 and are now the highest in the world. A pack-a-day smoker on Newstart spends 68% of their annual income on smoking.

This has created substantial financial stress and hardship for continuing Indigenous smokers and leads to compromises in diet, clothing, warmth and other basics.

There are substantial financial savings for smokers who switch to vaping.

Indigenous people are being disproportionately harmed by smoking. Australia has a moral obligation to prioritise Indigenous smoking and to explore all options. Vaping should be part of a comprehensive approach to finally 'close the gap'.

According to Professor Glover, the United Nations Declaration on the Rights of Indigenous People establishes that Indigenous people have the right to participate in decisions about what will work for them and they have the right to administer such programs through their own institutions.

'Preventing Indigenous people from switching to these greatly harm reduced smoke free alternatives is a breach of their human and indigenous right to health' she said.