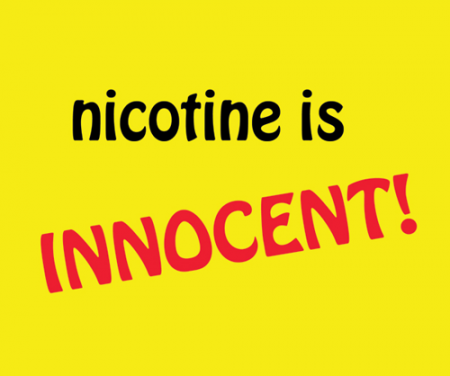 Claim that nicotine causes schizophrenia is not justified

Researchers have raised ‘serious concerns’ that nicotine may cause schizophrenia. However, there is no evidence to support the claim.

The study in the journal Frontiers in Psychiatry by researchers from Australia and Finland aimed to determine if SMOKING CAUSED schizophrenia. People with schizophrenia are more likely to smoke and it is important to find out if smoking is one of the causes. The study finding was that the current evidence is inconclusive.

Having failed to prove their theory, the authors then seized on another newsworthy angle. They suggested that if smoking DOES cause schizophrenia (having not shown that it does), then the cause is MOST LIKELY to be NICOTINE. This is followed by policy suggestions to restrict vaping with nicotine because of the potential harm to young vapers.

In fact, this afterthought becomes the primary focus of the news release issued about the study.

What is the evidence for this claim?

There are over 7,000 chemicals in tobacco smoke. The authors select nicotine as the causal agent because it is acts on brain receptors and pathways, as do many other compounds in smoke.

However, no evidence is provided that nicotine is harmful in a way that could cause schizophrenia

Nicotine is also protective for Parkinson’s disease and is beneficial for Attention Deficit Hyperactivity Disorder.

Nicotine has been used widely in nicotine replacement therapy and Swedish snus for decades. There is no evidence to suggest than these products cause schizophrenia.

The authors then go on to make unjustified public policy recommendations to restrict vaping.

Policy should be based on evidence and should consider both the overall benefits and risks of an intervention. The recommendations made here do neither.

Not only is there no evidence that nicotine CAUSES schizophrenia but there is no consideration of the potential benefits of vaping and the unintended consequences of restricting it.

And there are many benefits of vaping. Recent data from both the UK and US indicate that vaping is having a positive public health effect. According to Professor John Britton:

'electronic cigarettes in the USA appears to have contributed to further declines in smoking among younger and older smokers' and is a vaping is a 'gateway away from smoking', and

'in the UK…electronic cigarettes have contributed substantial public health gains'.

Of course, there is also the substantial benefit of vaping in helping millions of adult smokers to quit.

It is hard to avoid the impression that this leap to scapegoat nicotine for causing a serious mental illness is based on an ideological agenda or bias. It is certainly not based on science.

Misleading advice like this could discourage smokers from switching to vaping, with  obvious harmful effects.

If it is such a concern, why do the authors not suggest restrictions on nicotine replacement therapy or Swedish snus? The latter delivers similar levels of nicotine to smoking.

We are all entitled to opinions. However, policy recommendations should be based on good evidence and a full assessment of the pros and cons. Ad hoc and ill-considered policy suggestions like this can be harmful to public health.