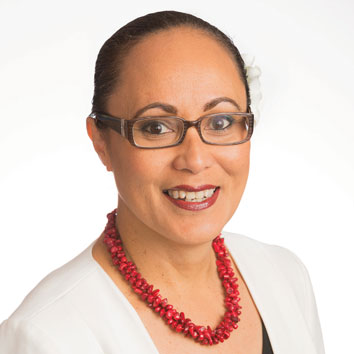 The NZ government approach to smokers is supportive and non-judgemental. It strongly endorses the role of tobacco harm reduction and recognises that alternatives beyond 'just quitting' are needed for some smokers:

'quitting can be difficult and that many smokers who find it hard to quit may be able to switch to much less harmful alternatives and often much cheaper alternatives, such as vaping'.

Jenny Salesa also recognises the huge cost savings for smokers, 'Vaping is also cheaper and this is important because people on low incomes have some of the highest smoking rates' she said.

The new policy is based on the following evidence summary:

Vaping products will be available for adults who smoke and there will be a public information campaign to educate people.

All nicotine products and devices will be registered and subject to safety and quality standards.  There will be system for reporting any adverse reactions, a recall process for faulty devices and child-resistant closures.

The ban on sales to under 18 year olds will continue.

Vaping will be banned in smoke-free areas, although 'this is a precautionary measure' as there is no robust evidence of harm from second-hand vapour. Vaping will be allowed in vape shops,

Vaping is effectively banned in Australia and discouraged by most tobacco control, government, health and medical organisations. Smokers who are unable to quit are forced to either vape and  break the law or take a two in three chance of being killed by smoking.

Australia continues to have a thriving black market with a lack of product safety and quality standards.

New Zealand smokers are fortunate to have this level of support by a government who genuinely understands their plight and is keen to support them.  Their progress highlights how far Australia is falling behind best practice in denying safer alternatives to smokers who are unable to quit.

Media release: Vaping and smokeless tobacco products to be regulated

It has been 2 years since I converted to this new technology called vaping after fifty years of smoking traditional cigarettes and failing health. Now there is no more wheezing, coughing and shortness of breath. Vaping has been a life changing experience for me. I've gradually reduced my nicotine intake from 24mg initially to just 3mg currently. Trouble is I purchase the nicotine on the black market and the quality often varies and some can be sickening. This could be viewed as a pathway to other illicit products not only for the purchaser but also for the seller.

It certainly appears that the only logical reason the Australian Government does not support/promote this safer alternative to cigarette smoking is financial. The Federal Heath Minister should be sacked for not fulfilling his duties by placing so many lives at risk when he should be doing everything in his power to help them.