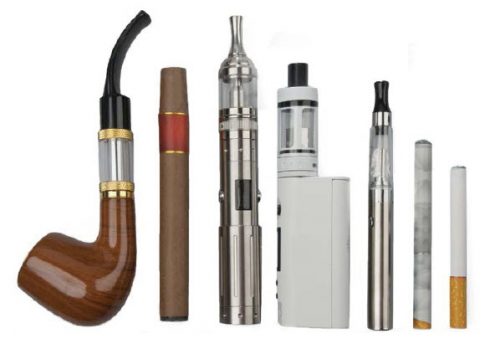 Vaping is part of the smoker’s quitting toolkit, just not here … yet

Last week’s National Health Survey confirmed that smoking rates have continued to plateau in Australia. The survey of 21,000 people found that 15.2 per cent of adults smoked in 2017-18 compared with 16 per cent three years earlier.

These disturbing findings are consistent with other surveys showing that smoking rates have stagnated nationally since 2013 and are rising in NSW and South Australia. Smokers are struggling to quit, and we need new ways to help them.

One option being used successfully overseas is vaping with nicotine (using an e-cigarette).

Vaping is the most popular quitting aid in the United Kingdom, United States and European Union and has helped millions of smokers quit. It allows smokers to enjoy an experience like smoking, but with far less risk and greatly reduced cost.

Australia, however, is one of the most restrictive countries in the world when it comes to vaping. It is essentially illegal to vape with nicotine in Australia without a doctor’s prescription.

This is acting as a major barrier to smokers accessing a clearly less harmful alternative to cigarettes, although there are still legal avenues available to those who want to switch.

This week brings the launch of Australia’s first ever “switch2vaping” campaign by the Australian Tobacco Harm Reduction Association, a charity established by doctors who want to encourage adult tobacco smokers who can’t or won’t quit to switch to vaping using legal pathways. It is timely as many smokers will be trying to quit over the new year.

If current smokers make the transition, the evidence is quite clear. They’ll feel better, save a lot of money and expose themselves to much less harm than they do by smoking cigarettes.

Vaping is not risk-free, but scientists agree that it is far less harmful than smoking. Indeed, the UK Royal College of Physicians report into vaping concluded that “the hazard to health arising from long-term vapour inhalation from the e-cigarettes available today is unlikely to exceed 5 per cent of the harm from smoking tobacco”.

Some will flag the risks associated with continued use of nicotine, but nicotine is a relatively benign substance. It’s not the nicotine in cigarettes that causes the damage – it’s the process of combustion that creates thousands of toxic chemicals. Curiously, criticism of nicotine is absent in relation to the nicotine patches, gum and spray on Australian supermarket shelves.

Concerns have recently been raised about the increase in vaping by youth in the US. The situation needs careful monitoring, but it seems likely that the concerns are overblown. Most vaping by youth is experimental and occasional. Regular vaping by non-smokers is rare.

Indeed, youth smoking rates are falling faster than ever in the US and the evidence suggests that vaping is diverting young people who would otherwise have smoked cigarettes.

Some in tobacco control have ideological objections to vaping because they are offended by any kind of "hand to mouth" action that mimics smoking. Others are determined to look for every potential risk in vaping because it suits their agenda. They are blind to the overwhelming health and financial benefits of vaping compared with continuing to smoke.

I’m more interested in helping people avoid the harm from smoking. And that harm is substantial. Up to two out of three long-term Australian smokers will be killed prematurely by their habit. Vaping may be part of the solution. Perhaps it could be part of your new year’s resolution?