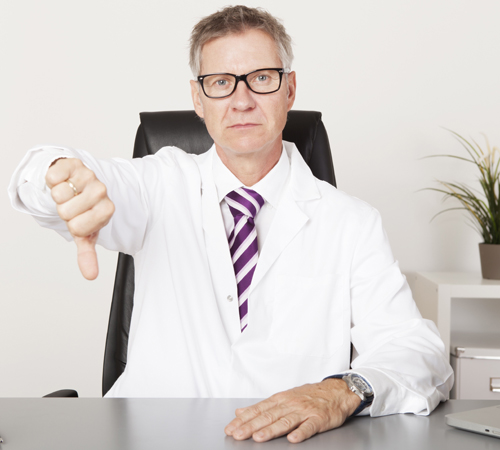 Report card. How did Australia do in tobacco harm reduction in 2018?

Australia's performance in tobacco harm reduction has been dismal in 2018. Where most western countries are making it easier for smokers to switch to less harmful nicotine products, Australia maintains its prohibitionist, precautionary, 'quit or die' stance.

Smoking fell at record rates in the UK and US (vaping), in Japan and Korea (heated tobacco products) and in Norway and Iceland (Swedish snus). New Zealand and Canada legalised vaping in 2018. Click here for a report on international developments.

Smoking rates in Australia have stagnated since 2013 despite the highest cigarette prices in the world, plain packaging and strict tobacco control policies. 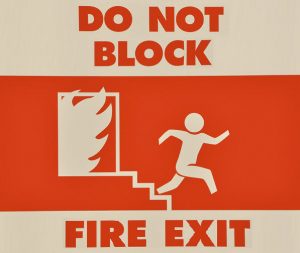 Smokers are struggling to quit, but the fire exit door remains firmly shut on less harmful nicotine alternatives, and laws keep tightening despite the growing evidence.

In April 2018, the federal Parliamentary Inquiry into vaping tabled its report, recommending continued prohibition of vaping with nicotine until more evidence is available. In September, the Health Minister Greg Hunt MP who remains opposed to vaping, agreed to commission a scientific inquiry.

All states and territories now treat vaping the same as combustible tobacco, even though vaping products contain no tobacco, do not burn, do not release smoke and are dramatically less harmful than smoking. Possessing nicotine without a prescription can still result in fines of up to $45,000 or 2 years on jail.

South Australia passed the harshest laws in Australia, which include banning online sales. Queensland Health incorrectly informed smokers that importing nicotine was illegal and was exposed by ATHRA.

To be fair, the Government has had little support from the medical profession. The new President of the Australian Medical Association announced in May that there would be no change in the AMA’s stance on the issue, “absolutely none’. ATHRA revealed that the federal AMA was seriously misinformed and was misleading the public on vaping. Similar concerns were raised about the Western Australian AMA.

The Royal Australasian College of Physicians released its Policy on vaping in May which took a very risk-averse approach. The report raised concerns about the ‘lack of clear and robust evidence’ and recommended that vaping should be ‘treated with caution’.

Health charities have maintained their opposition to vaping. The Australian Council on Smoking and Health, the Heart Foundation and the Eliminate Cancer Initiative were all called out by ATHRA for their public statements

During the year, an increasing number of vape businesses moved offshore, in order to sell supplies back to Australia, leading to financial losses for the economy and reduced access for Australian customers.

Heated tobacco products (heat-not-burn) remain illegal in Australia and it is an offence to sell snus. 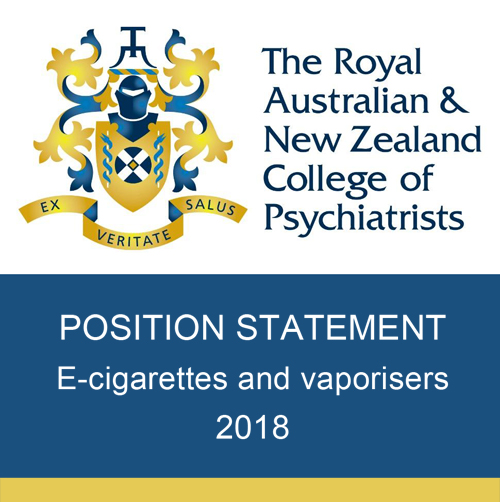 And yet there has been some progress. The Royal Australian and New Zealand College of Psychiatrists released its Position Statement on vaping in October 2018 supporting ‘the legalisation and regulation of nicotine-containing e-cigarettes … to facilitate their use as harm reduction tools’.

Credit must go to Trent Zimmerman MP, Tim Wilson MP and Andrew Laming MP, LNP members of the Parliamentary Inquiry. They had the courage to put principles before politics and delivered dissenting reports, despite the political pressure to follow the party line. As Andrew Laming explained ‘Life is short and shorter for smokers. Just legalise vaping’.

Other federal MPs have spoken out in support of vaping, both inside and outside Parliament, for example Senator Eric Abetz, Senator Peter Georgiou, Senator David Leyonhjelm and Senator Derryn Hinch. A majority of federal Liberal Party MPs support vaping and pressured the Health Minister to order the latest Inquiry.

Western Australia is leading the way at a state level. Liberal Democrat Aaron Stonehouse MLC deserves a special mention for campaigning for vaping and as chair of the Inquiry on Personal Choice and Community Safety. The WA Liberals voted to support legalising vaping at their annual state conference in August ‘as a method to help Western Australians quit smoking'.

A distinguished mention goes to Legalise Vaping campaign director, Brian Marlow for his ceaseless campaigning and for driving ‘Vape Force One’ (pictured above) thousands of kilometres around eastern Australia. Senator Cory Bernardi also took the bus for a lap around Parliament House in Canberra.

ATHRA rates Australia’s performance in 2018 as 3/10. Progress overall was limited, but there were some highlights. We hope to see more rapid change in 2019.

Do you agree? Disagree? Have we left out anything important? Please make your comments below.

3 Replies to “Report card. How did Australia do in tobacco harm reduction in 2018?”

I agree with your "mark" 100%.
As events unfolded during 2018 many vapers wrote to their Local Members advocating for them to investigate the subject further and to draw their own conclusions rather than simply accept incorrect, misleading and often misinformed information being quoted in official Government "circles". Most of the replies received were simply "form letters". Most worded exactly the same way, parroting the Party lines and showing a disregard and to be honest a lack of interest in giving the subject fair, honest and fully informed consideration.
The most disappointing aspect is that the Medical and Legislative Authorities that advise the Government on this subject do not appear to be commissioning the studies and processes required to properly evaluate vaping as an effective smoking cessation aid while at the same time appearing to be prematurely dismissive of studies being carried out throughout the world by their parallel Authorities.
They were very quick to adopt anti-smoking strategies from other Countries when they appeared to have effect such as plain packaging and specific media campaigns but for some reason refuse to do the same when it concerns consideration of vaping as a valid smoking cessation aid.
After smoking for over 40 years and trying EVERY other Government approved method to quit, I took up vaping in a last ditch attempt to "save my life" and rid myself of the habit. Literally overnight I switched to vaping and have now been cigarette free for over 18 months. IT WORKS!

Reading this just makes me shake my head in disbelief. It seems so unfathomable that the government seems so backwards on the vaping issue considering there are so many personal stories of it's success. Including myself.

Minutes before midnight our 'Master of Public Health' Maurice Swanson retweets a Glantz announcement that vapers might as well smoke https://twitter.com/MauriceGSwanson/status/1078578757416308736