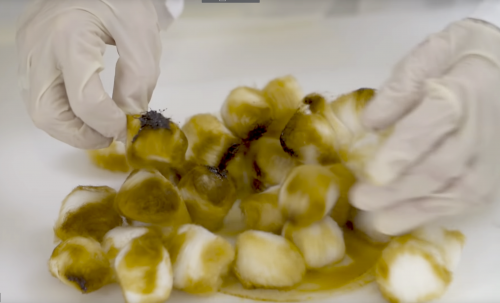 The reality and myths of vaping safety

Last week two things highlighted the stark contrast between people's beliefs about the safety of vaping and the reality.

A video by Public Health England demonstrated that vaping is dramatically safer than smoking by collecting the tar from a month of smoking and vaping. The huge amount of cancerous and toxic tar from smoke was in harsh contrast to the minimal release of chemicals from vaping.

This is not surprising as most of chemicals in smoke are produced by burning tobacco, releasing tar, carbon monoxide and 7,000 other toxic toxins. Vaporisers do not contain tobacco and there is no combustion or smoke. Most of the chemicals in smoke are absent from vapour and those that are present are at very low levels.

According to Public Health England

The reality is that while not risk-free, vaping is at least 95% less harmful than smoking

There is a widespread belief that nicotine is far more harmful than it really is. Here is a good review of nicotine safety: Nicotine. The Helpful Drug with the Bad Reputation. As this article explains:

"Nicotine by itself, assuming a reasonable dose, is a largely benign — and even beneficial — substance"

A study published in the journal Addiction this week demonstrated the distorted risk perceptions in the community. The researchers surveyed 1,720 smokers and recent ex-smokers in the UK and found:

Previous research has found that public misperceptions about vaping safety are even greater in Australia, in part due to the harsh regulatory approach to vaping.

Why are people confused?

Misleading media reports play a role in confusing smokers about the risks of vaping. Sensation headlines promote potential harms, no matter how small, and usually without comparing the risk to smoking, which is invariably much greater.

The death and misery caused by smoking is much less newsworthy and gets far less coverage.

According to Professor Peter Hajek from Queen Mary University of London, 'Vaping poses only a small fraction of risks of smoking, but over the past few years, we have seen a barrage of misinformation about e-cigarettes that has been persuading smokers that vaping is dangerous and that they should stick to smoking'. He says

"this study shows that fake news on dangers of e-cigarettes did penetrate the public consciousness and are likely to be harming public health. Health organisations and responsible media now face an urgent task to correct this misinformation.”

In Australia, misinformation is disseminated by anti-vaping public health advocates, health charities and medical associations that have resisted the evidence of tobacco harm reduction in spite of the growing research and overseas experience which clearly show a benefit.

Smokers are less likely to switch to vaping if they are misinformed and have exaggerated fears about vaping. This is important because it will cost lives.

As the British Medical Association stated this week

Australia needs to get with the program!