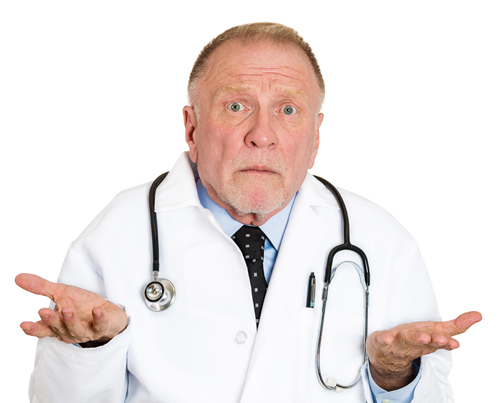 Why I cancelled my membership of the Australian Medical Association

I cancelled my membership of the Australian Medical Association (AMA) last month after 30 years as a loyal member. I could no longer tolerate the AMA's hypocrisy  on harm reduction, in supporting pill testing but opposing vaping to reduce the harm from smoking.

The AMA's flawed policy was highlighted recently by its vocal support for pill testing at music festivals. Pill testing is sensible harm reduction policy which aims to the reduce harm from illicit drugs.

The AMA accepts that people will continue to use drugs in spite of the risk. Pill testing is a pragmatic solution which aims to reduce the harm that will inevitably occur in some cases.

However, with smoking the AMA takes a zero tolerance approach and rejects safer alternatives such as vaping for smokers who are unable to quit

Smoking is a powerful addiction and quit rates are low.  Most smokers want to quit, but try and fail repeatedly to do so, even with the best available treatments. The average 40 year-old smoker has tried and failed more than 20 times. The AMA advice is just to keep trying.

This advice is especially troubling as the stakes are so much higher for smoking than for illicit drug use.  Each year in Australia, 19,000 smokers die prematurely from their smoking. Smoking rates in Australia have not declined since 2013.

Are the lives of smokers less important than those of drug takers at music festivals?

Vaping is a way out for addicted smokers and millions of smokers have quit overseas by vaping. However the AMA has shut the door on vaping. In its Position Statement it tells members there is no place for e-cigarettes. As a result, many smokers will continue to smoke and many will die unnecessarily.

The policy inconsistency suggests there are hidden reasons for opposing vaping than the ones officially given. The AMA has a long-standing commitment to a 'quit-only' approach to smoking. Accepting a behaviour that resembles smoking and involves nicotine may be seen as an admission of failure. It can be hard to change established thinking.

The AMA position is based on fear of potential risks. These fears, such as the 'gateway theory', the risk of 'renormalising' smoking and uncertainty about safety, are exaggerated and are not supported by the evidence to date. In setting its position, the AMA fails to accept the growing international evidence that vaping is an effective and legitimate quitting aid.

There is also a moral or paternalistic feeling about the AMA attitude. 'We know best and smokers should just do as you are told'. Er... no. It is actually their right to make an informed decision about a behaviour that harms no-one else.

The AMA is also in breach of its own Code of Ethics which advises doctors to consider the interests and well-being of their patient first. This principle applies to smokers who have tried and repeatedly failed to quit. If these smokers switch to vaping they are likely to have substantial health improvements. If they continue to smoke, up to two in three will die as a result. The AMA says they should keep smoking.

If the AMA reviews the evidence and reverses its position on vaping, I will renew my membership. But I am not holding my breath.

You quit your subscription……probably best to Don A life vest & jump overboard anyway that ship's on it's way down…
24% of the Doctors Nationally 2017 it use to represent 70% in the 50's, Maybe ask Mr Swanson to give us a Keynote & explain his reason behind that population growth & demographic…
I'm sure the Skeptics and Activists would love to comment on some aspect maybe ask a Minister or two if he or she has anything they would like to add, while we're at it make it interesting invite a Big Tobacco Company to the table, They love handing out incentives for Senators to have a say, apparently that's how you get a Polly to sway your way give him enough crackers and "It's on like Donkey Kong"!
The whole System is A Joke! It's a mess and too many ppl have been riding the inevitable wave of success, without really having to do anything other then get a little creative, scheme and dream! How good would it be to have everyone think, you're the master mind behind minimising the effects of tobacco use in the country….If you were looking to fall into something, straight out of university, that no one would be able to criticise you on for years, I imagine you would build a pretty tight group and stick together, Then no one could really debate or question your motives or agenda because they had no way to measure how successful you really were…
I guess one day it will all come out in the wash, what will they do then I wonder.
Change the topic…maybe talk about something else like Windmills or a new Tax on Sugar who knows what they'll start pointing fingers at next…..
Maybe an Uber!

I'm thinking the AMA are in "Bed" with our Government/ Law makers for
obvious Reasons !!!!!!!!!
I was a packet a day smoker for 51 years
I have NOT had a cigarette since Febuary 2010.
I know within myself the benefits from switching to Vaping 10 fold.
My Lungs have stopped coughing E radically, I am HEALTHIER than I was previously. I feel calling, VAPING an e.cig is when it's still up for debate and people are sceptic !!!!!!!
if it were called something like QUIT SMOKING, it would not be as much associated with Cigarettes.
Australia is a "weird" country we live in, Banning Vaping only increases to cost on our Health System to continue to "Treat" people who have Cancer and Medical Costs from SMOKING, Go Figure

You know what gets me about Australia's entirely corrupt medical profession? Only a matter of years ago (ok 40, but feels like 10), they were promoting smoking as being 'good for you'.

Somewhat curiously, I've found throughout life that no matter where I've worked, it's always been the non-smokers who caught every bug going around from season to season, while the smokers remained untouched.

Clearly someone else noticed that, too, so then suddenly smoking became "bad for you".

Me thinks they doth protesteth too much.

It's as though they realized the same thing and decided 'oh, that won't do! We need the sick (preferably the terminally ill) to pay for our assets!"

Yeah I don't buy their bs. Not a scrap of it.

Not just that, but within the next 9 years (probably far less), every hospital and school in the world will be shut down on the same day.

Why? Because the 'futuristic' Med Beds that President Trump told us about will be released worldwide and once they are, bye bye medical fraudsters. They were actually supposed to be released last November, but then the election was stolen by criminals so it delayed it, but only for a very short time.

I imagine there will be a great many executions of those who were deliberately, knowingly and willingly involved in profiteering from the sick, just like a great many anti-humanitarian politicians and corporate heads will be.