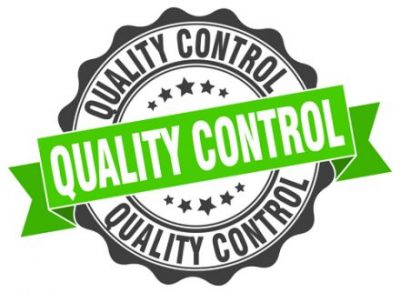 The study in the Medical Journal of Australia analysed ten 'nicotine-free' e-liquids and found six to be contaminated with trace amounts of nicotine. The nicotine levels averaged <0.1% across the ten samples, with the highest being 0.29% nicotine.

Although harmless on this occasion, the contamination by nicotine indicates poor quality control and production standards, as expected in an unregulated black market. These e-liquid solutions could have been mixed in someone's kitchen sink with the same utensils used to make nicotine e-liquid, without any care or expertise.

ATHRA disagrees with this assessment. Smokers and vapers are used to much higher nicotine levels. The average nicotine concentration used by vapers is around 1.2%, although commercial products can be as strong as 5.9%. In our view:

The 0.29% nicotine level found in one sample may have a minor effect at large volumes, for example a raised heart rate, but that would be unlikely to be of any health importance.

The study also reported the presence of a number of other chemicals. The only known 'toxin' was 2-chlorophenol, which can irritate the lungs and skin.

Merely finding a chemical in the liquid is not necessarily a concern. The toxicity of any chemical depends on the dose and the level at which it becomes toxic. The dose of 2-chlorophenol was not measured in this study and there is no recognised safety limit for the chemical.

Other studies have found that the doses of chemicals in vapour are very low and are generally below the levels regarded as unsafe for occupational exposure.

Any assessment of risk from low dose contaminants in vapour should always be compared to the far higher risk from the toxins in tobacco smoke. Tobacco smoke contains over 7,000 chemicals and toxins including 70 known carcinogens. Most of these are absent from vapour and those that are present are at much lower levels.

It amazes me "NOW", That ppl want to push for regulation when that's what I've been working on since 2008 having spent 10yrs in R&D and launching my own Brands Only to be shut down because too many ppl had something to which caused a National Knee Jerk fit in the health departments, who rolled out new Bill on advertising "Thanks Again" for that..
The NNA and Every other tom dick and harry would not listen to me as to why I went down the regulation path because they just didn't want to accept it they all knew better, Instead of listening to someone that had been on the ground traveling the world funding themselves without any help or handouts to establish what I had to do to make it happen! Which took a lot of time sacrifice and a whole lot of patience.
The TGA and DOH were well aware and if anyone says otherwise I have a paper trail that spans back to 2008.
So ppl might want to start supporting those of us who took the road less traveled did everything by the book and not some Tobacco Company that's killed almost "A BILLION PEOPLE" or a group of hobbyist come pop up shop vape guru's that discovered how to's on vaping DIY and now call themselves vape experts!
Why is it so hard for ppl to support the independent underdog that's put it all on the line, is it because we can't afford their loyalty Like Big Tobacco can?
I've contacted 2 Senators now informing both of them my history and position, as they made it clear they were going to be the face and voice behind Changing legislation on vaping apparently… I asked if they had any connection with Big Tobacco because I knew they had but asked anyway they both said no, only to reveal 2 weeks later they had been funded by Big Tobacco! This is exactly why I can't trust anyone or be bothered educating anyone or sharing information with people that call themselves a Vaping Advocate.
It's a Shame people just can't do the right thing.

What are you doing about vaping now, i was quite impressed with your reply but it seems there more interest now and more ppl turning to vaping.it come to my attention recently that there are more complications with the toxins in the heating element that needs to be rectified and regulated first and then work on rectifying the e-juices to have minimal toxins present. What are your thoughts on this and how vaping should be handled in australia

according to the WHO (world heath organization) "2-Chlorophenol" is commonly found in drinking water as a byproduct of sterilization. It also has a very low taste threshold with a flashpoint of around 62c so I'd imagine if their was even a trace amount you'd be able to taste something was off with your juice.
Link
https://www.who.int/water_sanitation_health/dwq/chemicals/chlorophenols.pdf