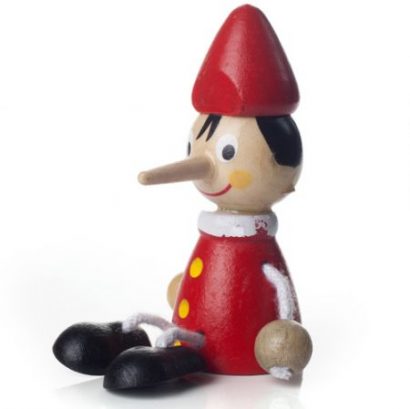 Whatever their beliefs, governments have a responsibility to ensure accurate information is provided to consumers. Queensland Health’s opposition to vaping is no justification for deceiving the public to further its agenda.

Some Australian pharmacies can prepare nicotine liquid for vaping for a smoker who has a nicotine prescription and wants to quit. This is known as ‘compounding’ and is legal in all states and territories under Commonwealth law (Therapeutic Goods Regulations 1990).

Queensland Health has claimed that it is an offence to bring compounded nicotine liquid into the state. It has threatened penalties of over $9,000 for each offence for ‘offenders’ who are trying to quit smoking.

Recently when asked for the specific details of the legislation to justify their claim, Queensland Health finally admitted (here) that its previous advice was not correct and that compounded nicotine is actually legal in Queensland.

Queensland Health has also misled the public for several years about importing nicotine from overseas. Under the Therapeutic Goods Administration Personal Importation Scheme, smokers in all states can import nicotine legally to help them quit smoking if they have a doctor’s prescription.

However, Queensland Health has repeatedly insisted that this is illegal in Queensland (eg here)

In June 2018, after repeated challenges by ATHRA, Queensland Health admitted that importation of nicotine into Queensland to stop smoking is legal under the federal legislation (here).

Queensland has the second highest state smoking rate in Australia of 15.8% according to the Queensland Chief Health Officer report in November 2018 (second to Tasmania). The smoking rate has not changed since the previous survey in 2016.

Clearly, current strategies to reduce smoking rates in Queensland are not working and new approaches are needed. Queensland Health should be looking for new and effective ways to help smokers quit, not blocking methods that are proven to help and misinforming smokers about them.

Note: The Queensland Minister for Health, Hon Dr Steven Miles was contacted for comment on this story and Dr Jeanette Officer, the Chief Health Officer issued this letter in response.

2 Replies to “Queensland Health caught out in vaping bungle … again”

The behaviour of QH was not bungling, it was intentional to stop people vaping.

Let's not forget they contacted transport companies & had them seize vapers' eliquid imports. Sending consumers letters telling them they have broken the law without even asking or knowing if they had a prescription. How many vapers went back to smoking because of this? How many were frightened off switching because of these horror stories where Queenslanders are treated like criminals?

They also shut down vape meets by contacting the landlord of the open air factory area where they occurred and telling participants that they would have police attend & seize eliquid.

Shock horror that people would celebrate quitting smoking by an unapproved method. Queensland Health's philosophy is to 'quit our way or die'.

Vaping looks too much like smoking and they hate smokers and are prepared to sacrifice vapers that switch to promote their abstinence only ideology.

I must say I am baffled by this, especially considering the high prevalence of smoking in QLD. My initial thoughts are…to what aim? I'm still scratching my head pondering the possibilities.

Logic would (or should I say should) dictate an acceptance of THR, again, considering the high smoking rates. One must question the reasoning behind the message, and irrespective of any justification, of which there can be none, how on earth can this be a benefit to public health?

And what of the smoker? Many are desperate to find a solution to their addiction or dependency, and it is high time that harm reduction methods be embraced, and not just by the Queensland government.

Today alone, some 40-45 smokers will die in Australia – And that's not a reason to act?