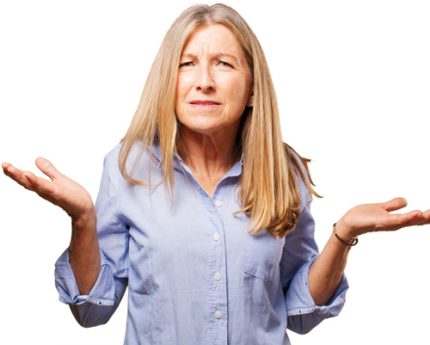 A recent study on vaping in young Australian women and a linked news report on news.com.au are misleading and exaggerating the risks and uptake of vaping. The effect of this scaremongering is to confuse and alarm the public about a potentially lifesaving alternative to smoking.

1. 'the popularity of vaping among young Australian women is a growing public health concern, with new data revealing how many are taking up the habit'

Regular vaping by young never-smokers is rare and most do not use nicotine. This represents a minimal risk to public health.

It is also quite possible that vaping may be diverting some non-smokers who would otherwise have gone on to smoke to a far less harmful alternative. Vaping is a more enjoyable and better tasting alternative.

Overall, only  6.4% of young women used an e-cigarette in the last 12 months and the great majority were already smokers. It is a good thing if smokers are switching to a much less harmful alternative, which may lead to quitting.

The only significant risk to public health would be if young women who have never smoked tried vaping, became regular vapers and then progressed to regular, long-term smoking. Evidence from other studies suggests that this is rare.

2. 'Many e-cigarettes contain addictive substances (primarily nicotine) that lead to long-term nicotine addiction, which can affect brain development in young people' and 'There are concerns about the harmful effects of nicotine' 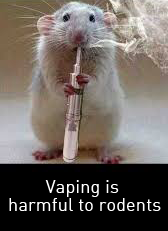 The Royal Society of Public Health says nicotine, when separated from smoke 'is no more harmful than caffeine'. According to the Royal College of Physicians, 'Use of nicotine alone, in the doses used by smokers, represents little if any hazard to the user.'

Nicotine is also less addictive when delivered without smoke. Smoke contains other chemicals such as Monoamine Oxidase Inhibitors which enhance its addictiveness. Many studies have shown that vaping is less addictive than smoking.

There is also no evidence than nicotine can affect brain development in adolescent humans, although there is some evidence for this in rats and mice.

3. 'some research indicated that e-cigarette users were more likely to go on to smoke cigarettes'

This statement implies (but does not state) that vaping entices young people who would never have smoked to take up smoking long-term, the so-called 'gateway effect'

However, there is no credible evidence to support the theory that vaping causes smoking although this may occur in a very small number of cases.

In fact, it is likely that vaping is reducing smoking rates. Most young people who experiment with vaping are already regular smokers. Since vaping became popular in the US in 2014, the long-term decline in youth and young adult vaping has accelerated and is now three times faster then before. Adult smoking rates have also declined at historic rates.

A more plausible explanation for vapers being more likely to later taking up smoking is 'common liability' for substance use. Young people who are impulsive, rebellious and sensation-seeking are more likely to try both behaviours.

4. 'Fellow researcher Dr Catherine Chojenta said e-cigarettes were touted as being a healthier alternative to tobacco and a quit smoking aid but the scientific evidence was not there yet'

This statement falsely implies that harmful e-cigarettes are being incorrectly claimed to be less harmful than smoking.

While vaping is not risk-free, most scientists accept that it is far less harmful than smoking. Several independent health bodies have stated that the risk of vaping is no more than 5% of the risk of smoking (here, here and here).

Almost all of the harm from smoking is due to the tar, carbon monoxide and 7,000 toxic chemicals produced by burning tobacco. In contrast, the aerosol inhaled from vaping devices contains a fraction of the chemicals and those present are mostly at concentrations less than 1% of the levels in smoke.

Other studies have shown that the levels of toxins in the body are greatly reduced over the long-term when smokers switch exclusively to vaping and there are many significant improvements in health.

The evidence to date is reassuring on safety, but ongoing monitoring and research is essential as unknown risks from vaping may appear with long-term use. However, based on what we know (which is a lot) vaping is certain to be far less harmful than smoking which kills up to 2 in 3 long-term users.

Melka AS. Predictors of E-cigarette Use Among Young Australian women. Am J Prev Med 2018

Hi there,
I have smoked for over 30 years. I have tried to quit numerous times and failed due to episode'so of anxiety & depression were i feel that i would rather die than go with out a cigarette until I got on to vaping. I've finally been able to kick the habit. It's been 3 years since I've had a cigarette.
Thank God for vaping, as when I was a smoker I had breathing difficulties,chronic bronchitis & COPD. Since switching to vaping, I don't wheeze anymore and my breathing is better. If it wasn't for vaping I would have emphysema by now
My Son doesn't have to worry about me dying prematurely from smoking, as he is so happy that I don't smoke anymore.

I find it interesting that the majority of vapers never claim that vaping is a "healthy" alternative to smoking. Harm reduction, less harmful and not as bad as, are the terms usually used.
We do, however, claim that caping was the only successful method of quitting tobacco products. And although anecdotal evidence is outside of scientific validation protocols, there is a point where anecdotal becomes empirical. We are well into empirical, now.
Last…..vapers aren't as ignorant and gullable as both sides of the vaping debate like to make out. Given the restrictions here, if you vape, you either heard about it from someone within your social circle, or researched after reading/seeing/hearing about them through various media/info sources. Deciding to vape, without any form of structured support, isn't something a scared, easily influenced person would do! Vaping in Australia is a grass roots movement, that is so successful, because of the people….