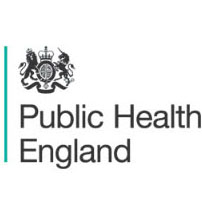 ‘Switching to vaping could save you years of ill health’

'We could accelerate the decline in smoking if more smokers switched completely to vaping. If you smoke, switching to vaping could save you years of ill health, and even your life'.

This was the advice from Public Health England's (PHE) Professor John Newton after the release of their 2019 review of the evidence on vaping in the UK and internationally.

Smoking is at an all-time low in England and vaping has played a significant role in helping smokers quit.

In the UK, vaping is the most common aid used by smokers to quit. However vaping rates have plateaued and public health experts are encouraging more smokers to make the switch

Advice from PHE is that vaping:

'Is not completely risk free, but vaping is far less harmful than smoking, and can be one of the most effective ways to quit'

The accompanying media release referred to a very recent study which was not included in the report which found that:

'E-cigarettes, when combined with face-to-face support, to be up to twice as effective for quitting smoking as other nicotine replacement products, such as patches and gum'

Here are some of the findings from the report which should allay some of the concerns raised about vaping.

In Australia, there is a worry that vaping will be taken up by non-smokers. This is not occurring in the UK.

The review found that the great majority of vapers are current smokers or ex-smokers. Vaping by adults who have never smoked is usually experimental, only once or twice in most cases.

Regular use by adults who have never smoked is rare. Overall 0.3% of all never-smokers had ever used an e-cigarette regularly (at least weekly) at some time

Quitting smoking is the main reason for trying vaping in adults.

Contrary to claims of some anti-vaping activits, most vapers are not dual users (smoking as well as vaping). 55% of vapers are not currently smoking. This is the same percentage as in Australia.

There are concerns that vaping may lead people to smoking. However, in the UK 85% of all subjects took up smoking before vaping.

There are also legitimate concerns that young people will take up vaping and go on to smoking. However, the report found that vaping rates in young people (11-18 year olds) are low and vaping is mainly confined to those who already smoke.

While kids experiment with vaping, only 1.7%  report regular vaping (at least weekly). Furthermore regular vaping by young people who have never smoked is rare:

Only 0.2% of young people who have never smoked are regular users

The report 'suggests that vaping helps people stop smoking rather than leading them to start in the first place'.

Smoking rates in the UK are decreasing faster than in Australia and vaping is certainly contributing to that decline.

E-cigarettte evidence update - patterns and use in adults and young people. Blog. Gov.UK

Thanks, Colin, for these thoughtful updates.