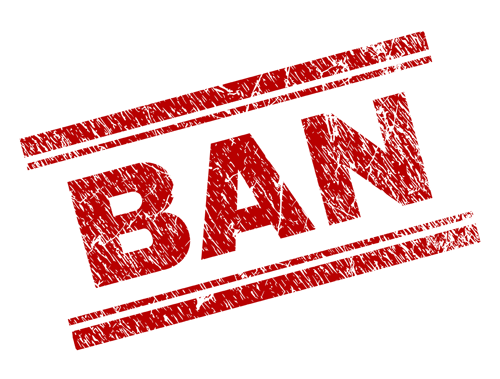 Why Australia’s ban on nicotine vaping is wrong

The arguments used to ban nicotine vaping in Australia are very weak, paternalistic and unethical, according to a new critical analysis.

Here are some of the key points raised in the analysis:

A ban is paternalistic

A vaping ban denies adult smokers the choice of using vaporisers rather than tobacco cigarettes in order to protect the smokers’ own health. Such a ban is hard to justify when there is clear evidence that vaping is far less harmful and exposes users to far fewer chemicals than smoking.

Adults should be able to make free and informed choices about their health and should be provided with accurate information.

Furthermore, the gateway hypothesis is inconsistent with the population trends in cigarette smoking among young people in the UK and US. Youth smoking rates have been falling steeply. In the US, the decline has been faster than ever.

A ban is inequitable

An ban denies adult smokers the choice to vape and justifies this in terms of preventing adolescents being recruited to cigarette smoking. This policy clearly disadvantages addicted smokers, and especially socially vulnerable groups, such as people with serious mental illness and Indigenous people who find it particularly difficult to quit smoking.

A ban prohibits the sale of a less harmful way of obtaining nicotine (vaping) while allowing the sale of the most harmful nicotine delivery system, the combustible cigarette.

While the long-term health risks of vaping nicotine may not be clear for many years, the risks of tobacco smoking are well-known, with up to two-thirds of continuing smokers expected to die from tobacco-related diseases.

Some defenders of Australian policy claim that nicotine vaporisers should seek approval as medicinal products for smoking cessation, to show they are safe and effective. This ignores the major obstacles to obtaining approval by the TGA and the commercial disincentive to do so.

Misuse of the precautionary principle

Supporters of the sales ban justify it by invoking the 'precautionary principle' to argue that a total ban is justified in the face of incomplete evidence and that vaping may cause harm.

However, the precautionary principle requires a complete risk assessment of both the risks and benefits. It needs to take into account  the benefits to smokers who quit and the development of a totally unregulated black market.

For example the AMA President Dr Tony Bartone requires evidence of zero harm before approving vaping. However, this standard is not applied to any consumer products or to medicines, where decision-making is based on weighing up the risks and benefits.

An alternative to a ban

A sales ban is 'poorly justified, weakly based in evidence and is paternalistic'. It is unlikely to prevent youth uptake of vaping and has many unintended consequences, such as denying adult smokers access to a less harmful way of obtaining nicotine.

There are legitimate public health concerns raised by the advent of vaping that justify a precautionary policy response.

But this does not require a ban on the sale to adult smokers. A less restrictive compromise approach  could include achieve the same goals.

Vaping could be regulated to minimise youth access. This would allow the sale of approved vape products to adult smokers under restricted conditions that minimise youth access and uptake. For example, sale could be limited to licensed vape shops, tobacconists and shops that sell adult products.

Initially, there could be restrictions on advertising and vaping in public places. Vapers should be provided accurate information and educated about the risks of dual use.

These policies could be modified as evidence on the public health impact of vaping became clearer. This approach is more ethically acceptable and better respect the interests of smokers than a ban on their sale or use.

Even if they legalised 3mg Nic it would be more of a help when smokers are quitting, zero nic just doesn’t hit the spot and I’m here to tell you that there is definitely, definitely a link between nicotine and depression/ anxiety, because I tested it. Vaping without nic is fun and tasty and most of the time it hits the spot, high stress situations just require something more.

i have smoked quite heavily for thirty years and have tried many ways of quitting over the years including champix and other horrible medications all nicotine replacement therapies
such as patches , gums and mints not to mention 4 tries of hypnotherapy which all failed on the day of my appointments.recently i have tried and failed with nicotine vapes until i tried another brand and OMG i have been smoke free sixty days i feel liberated ,free and just so much better overall . i had been a slave to those bloody smokes nearly my whole life and at last i have found something that works i am now 52 years old and even if i was to developed lung cancer in the near or distant future
i will remain proud of quitting those horrible things !!!!!!!!!!
BAN THE SMOKES AND SELL VAPES INSTEAD i am sure the government would love another tax collecting product

Is there any doubt that the addiction to nicotine is due to smoking and not vaping? The instantaneous supply of nicotine by smoking has been proven, while the uptake of nicotine by vaping is much slower in the bloodstream(plasma levels?). I read the research suggesting at least half an hour vaping is necessary to reach the same levels achieved by one cigarette, and could find it again if need be…
The claim for vaping being a gateway to smoking due to nicotine addiction is a big jump to take.

Its crazy stupid! I smoke for 20 years from the age of 12 to 36. Pack of 30 a day minimum 12Mg always. I tried EVERYTHING. Hell, i would still want a smoke when wearing two of the strongest patches you could get.

I got a high end vape kit designed for smokers trying to quit. Starting on 18Mg. The morning I woke up to give it a shot I have not picked up a smoke since! That was 6 months ago.

I started on 18Mg ejuice for 2 weeks, once i got used to it (which was easy) I moved down to 12Mg, then 4 weeks later went to 6Mg and now im using 2Mg and probably using it 3 times a day.

I am fairly confident I can stop entirely now with any nicotine but I had a plan of cutting down Mg and Ill stick to my plan which is working so far. Another few weeks and ill try stopping.

The thing that makes me mad, is before i stopped smoking I could not run even 30 meters without just about throwing up. Last week I raced my son across an oval back to the car (300mtrs) and it wasnt until I sat in the car i noticed i wasnt out of breath at all!

MADNESS! It needs to be legal. I have to import it from NZ. I tell everyone I can that is a smoker and trying to quit.