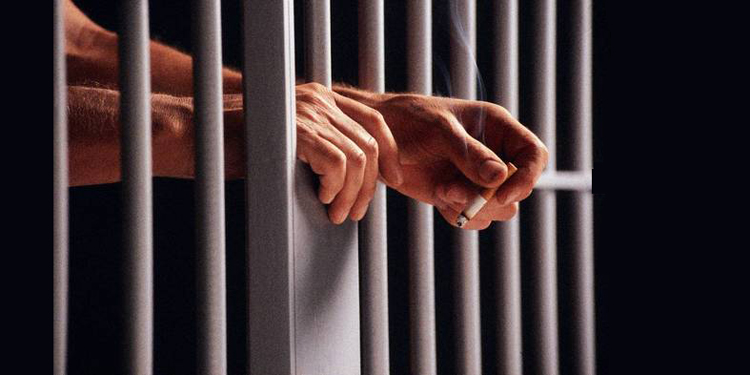 Electronic cigarettes should be available for prisoners

It is time to look for new solutions to the perennial problem of smoking in Australian prisons. NSW (and some other Australian) prisons no longer provide nicotine patches or lozenges to smokers due to misuse by inmates. Addicted prisoners and are given no withdrawal or quitting support other than a relaxation tip sheet.

However, 3 out of 4 prisoners smoke on admission, and many will have a very unpleasant nicotine withdrawal, at a time of great anxiety, often while withdrawing from other drugs. This should not be happening in a humane and compassionate society where evidence-based solutions are available.

The majority of prisoners come from disadvantaged or traumatic backgrounds. Many are Indigenous, have mental illness, other substance abuse, socio-economic disadvantage or past sexual abuse. To dismiss their needs and rights because they have committed a crime shows a poor understanding of the social determinants of lawbreaking and a lack of compassion.

A solution which is working well overseas is allowing prisoners to purchase nicotine vaporisers (electronic cigarettes). Vaporisers deliver the nicotine smokers are addicted to but without the tar and other toxins from burning tobacco which cause most of the harm to health from smoking. They also replicate the hand-to-mouth ritual and the sensory and social aspects of smoking.

Vaporisers are available now in all English prisons for adult smokers and vaping has become 'wildly popular'. Prisoners purchase their own supplies from prison shops so there is no cost to the public purse. There is also no known risk to bystanders from second-hand vapour.

Vaporisers have also been successfully introduced into Welsh and Irish prisons and Scotland recently announced plans to issue free vaping-kits to prisoners for a 2-month period, following which prisoners will purchase their own supplies.

A trial on the Isle of Man in 2018 (BBC 5Feb 2018) made the jail 'calmer and safer', improved behaviour and led to more prisoners seeking help to quitting. The trial was rated by the prison governor as a “major success story.”

In the US, vaporisers are available in a number of states and are also being introduced into other countries such as France and Germany.

A range of prison-safe vaporisers are available and have been especially designed for custodial settings. These special products are tamper-resistant, cannot be used as weapons, are disposable and can be sold from a prison shop or dispensing machine.

Interestingly, many models, such as the e-Burn in the UK and the Crossbar in the US have been developed by prison officers who recognised the need for such products and the importance of appropriate safety features.

A recent randomised controlled trial found that vaping almost doubles the long-term quit rate of conventional nicotine replacement therapy. This could have huge health and financial benefits for this disadvantaged population which has low quit rates, poor health and low incomes.

The UK Royal College of Physicians estimates that long-term vaping is likely to be no more than 5% of the risk of smoking. Vaping could help prisoners quit or could act as a less harmful long-term alternative so smoking.

Currently virtually all inmates relapse to smoking almost immediately after leaving prison. The long-term use of vaping could help to prevent that.

Providing vaping to addicted adult prisoners will also help to reduce the widespread black market in cigarettes, which is rampant and apparently uncontrollable in prisons.

Australia has very strict regulations on vaping but access could be facilitated for this special, disadvantaged group who are denied other strategies available to the rest of the population. In a humane society, we should expect no less.