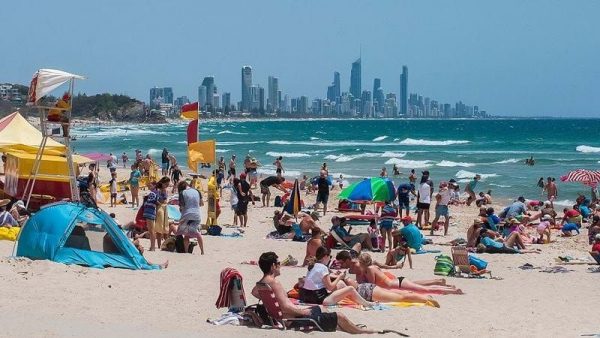 Queensland Health, has been caught out misleading the public in the sunshine state on vaping, for the third time in little over a year.

In its recently updated online information on vaping, Queensland Health has drastically misrepresented the science and clearly exaggerated—deliberately or not—the risks involved. Many of its claims omit important information or are fundamentally untrue.

'Australians have the right to assume our governments will give us truthful advice on health matters, based on the latest science—not mere ideology'

But where vaping is concerned this hasn’t been the case, and bad policy is propped up by misinformation.

1. Queensland Health claims e-cigarettes are a smoking product. They’re not. They heat a liquid into an aerosol. They don’t burn tobacco, so cannot produce smoke. This is important because it is the smoke from burning tobacco which causes almost all the harm to health from smoking cigarettes.

2. Queensland Health also misrepresents the health risks of vaping with the alarming claim that e-cigarettes are “dangerous” and have “many known harms.” However, while vaping is not risk-free, it is far less harmful than smoking—a point that’s omitted.

According to Public Health England, Queensland Health’s English counterpart, vaping is at least 95 percent less harmful than smoking. This comparison with smoking is a vital part of any meaningful risk communication.

3. Queensland Health states that vapor contains toxic and cancer-causing chemicals. This is true, but again misleading. The chemicals in vapor are mostly in concentrations well below what is required to cause harm to humans—another omission by Queensland Health.

The mere presence of chemicals in the environment is a part of modern life. There is arsenic in tap water and there are carcinogens in coffee. It is the dose which determines whether there is a material risk to health.

4. Queensland Health also makes the claim that vaping is a “gateway” for young people to start smoking. This has not been borne out by international experience.

Most vaping by youth is experimental and short-lived, and frequent vaping is rare amongst teens who have never smoked.

If there is a gateway from vaping to smoking, it is extremely small—and is swamped by traffic in the opposite direction: adult smokers using vaping as a way out of smoking.

Recent research suggests that vaping is up to three times more effective than nicotine patches, gum or lozenges at helping smokers quit. Vaping is also the most popular quitting aid in most countries where it is available. It is no surprise that the decline in smoking rates in countries like the United States and United Kingdom has accelerated since vaping became widespread.

Australia was once a world leader in tobacco control, but smoking rates have stagnated in national surveys for the last six years. For the remaining smokers who can’t quit with approved treatments, Australian law determines that their only legal option is to keep smoking.

Australian smokers deserve to be told that there are safer alternatives available, as is happening in the UK and now in neighbouring New Zealand.

Only last month, the New Zealand Ministry of  Health launched the Vaping Facts website to inform smokers about vaping and encourage them to make the switch.

The evidence is clear. Banning vaping is detrimental to public health. Queensland Health and many other authorities spreading mistruths and misleading the public doesn’t help smokers quit—it just leaves many with no other option than to keep smoking.

Australian governments desperately need to put the ideology aside, look at the evidence and tell the truth about vaping. The lives of two in three Aussie smokers depend on it.

One Reply to “Queensland Health misleads the public on vaping…again”

A great read. Thank you.