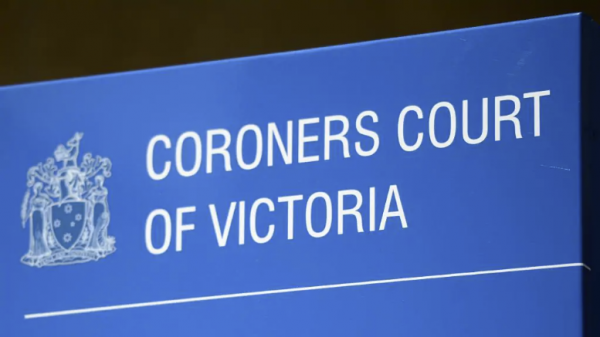 The Victorian Coroner released a heartbreaking report yesterday into the death of an 18-month-old child who died after ingesting a highly concentrated form of nicotine liquid.

The Coroner found that the death was not a case of negligence, but a “momentary lapse of vigilance” by the mother who had taken up vaping nicotine to quit smoking.

This case highlights the clear and present danger of Australia’s ban on the sale of nicotine liquid which forces vapers to import unregulated nicotine in dangerously high concentrations.

As the Coroner said in his report, ‘if the product is banned in Australia, how can we in this country enforce safeguards … of a product manufactured overseas?’

It is vital that we now pause to reflect on how to prevent further tragic episodes like this.

Vaping nicotine is the most popular aid for quitting smoking globally. It involves heating nicotine liquid into an aerosol which the user inhales. Vaping delivers the nicotine smokers are addicted to and mimics the hand-to-mouth action of smoking. Importantly, there is no combustion and no tobacco smoke that is responsible for almost all of the harm to health from smoking.

The latest research suggests that vaping is at least twice as effective as nicotine replacement therapy, such as patches and gums, and that long-term use is likely to be no more than 5% of the risk from smoking.

Because of the ban on nicotine e-liquid and lack of regulation Australian vapers are unable to legally purchase safer pre-mixed, ready-to-vape nicotine liquids locally. These products contain nicotine in low concentrations ranging from 3-24mg/ml.

As occurred in this case, many users instead import a highly concentrated form of nicotine liquid (100mg/ml), mainly from New Zealand, the United States or China to mix their own. These solutions are much cheaper and require smaller volumes of liquid to be imported. However they are much more toxic and are unregulated.

Small quantities of the concentrated liquid are extracted using a pipette or syringe at home and mixed with nicotine-free e-liquid purchased from local businesses.

Concentrated nicotine is usually imported in bottles with a childproof cap but no other protective features. If the cap is left off, the highly toxic liquid can be freely accessed.

Although unintentional, the flaws in Australia’s regulations have now resulted in tragedy

The Australian Tobacco Harm Reduction Association (ATHRA) recommends that pre-mixed, ready-to-vape nicotine e-liquid in concentrations up to 24mg/ml be made legally available for sale in Australia. These safer nicotine preparations would be sold only in child-proof bottles with appropriate labelling. Once the cap is removed, the bottles are still childproof, usually having a squeeze mechanism to release the diluted liquid directly into the vaping device.

This would eliminate the need to import dangerous, highly concentrated nicotine liquid in unsafe bottles. There would be no need for home mixing which involves risks from accidental overdose, spillage and mixing errors. Strict rules around bottling, labelling, safety warnings and child-proof containers should also be enforced for additional protection.

The Coroner has recommended a risk awareness campaign about nicotine but stopped short of recommending legalisation and regulation.

However, Australians will continue to import liquid nicotine to help them quit smoking in spite of the ban and regulatory guidelines are needed to help prevent further tragic cases like this one. Governments need to step up and introduce these changes. Australia is currently the only western democracy to ban the sale and use of nicotine liquid for vaping.

Legalising and regulating low concentrations of pre-mixed nicotine e-liquid would deliver a win-win outcome. It would support smokers who wish to switch to vaping and reduce the risk of further episodes of child poisoning. It really is a no-brainer.

Published in the Herald Sun, Daily Telegraph, The West Australian.

The death of a child is, of course, tragic.
However, this was 100% parenting error. The fact that it was nicotine is, in my opinion, not the issue.
Don't leave your toddler unsupervised around chemicals! How many deaths from kids drinking bleach? Dish soap? Toilet cleaner?
How many kids drown unsupervised in the bath tub?
As I said, any child's death is a tragedy, the nicotine really had little to do with an unsupervised child.

Really tragic, parents need to be super vigilant of young children. Even a home laundry is full of toxic, fruit smelling and labelled items that will kill young children if ingested.

I don't think it's time to jump to conclusions about DIY mixing though. Millions of people do it and it's pretty low on the risk radar, even comparing to people who home renovate.