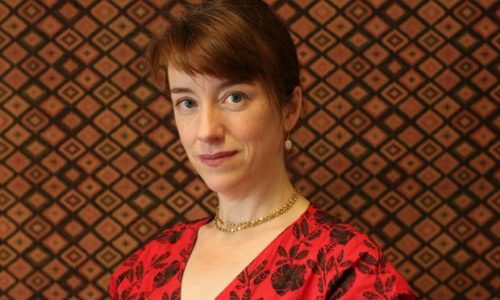 Finally, information about the Scientific Inquiry into vaping, but questions remain

Finally, the government has released some details of the Scientific Inquiry into vaping, in response to a question by Senator Cory Bernardi in the Senate yesterday. Surprisingly, there are no terms of reference for the review.

The Scientific Inquiry was announced by Health Minister Greg Hunt in November 2018. However, there has been very little information forthcoming since then.

It was also announced this week that the inquiry will report by December 2020. This is nearly 3 years since the Parliamentary Inquiry into vaping recommended an independent expert review in March 2018.

The study is to be carried by out the National Centre for Epidemiology and Population Health at the Australian National University, by the highly regarded epidemiologist, Professor Emily Banks (pictured above) and her research team, listed here.

According to Senator Cash, the project is a review of the evidence but 'does not have terms of reference'.

What? No terms of reference? Surely the government has some parameters for the Inquiry. What question has it actually asked the NCEPH to answer?

The terms of reference are critical and would determine if the Inquiry is of value or not.

Senator Cash reported that' the project is expected to be completed by December 2020'.

Two years for a scientific review seems like an excessive project time, unless the project is incredibly comprehensive and involves multiple analyses and external review.

In two years, 38,000 Australian smokers will die from a smoking-related disease. There should be a sense of urgency to find the answers about a potentially huge public health breakthrough such as vaping.

ATHRA's advice to the Minister was that an Inquiry should consider three issues.

It was reassuring to find out that the 'assessment was designed by the centre and it will be independent'. This is important. The report needs to critically and objectively evaluate the scientific evidence. There is no place for ideology, political interference, pre-judgement and moral values which have misled the debate so far in Australia.

The NCEPH is a prestigious and well regarded scientific organisation. We would expect a rigorous and unbiased scientific review which clears the way for the world's most popular and effective quitting aid to be made legally available in Australia.

One Reply to “Finally, information about the Scientific Inquiry into vaping, but questions remain”

After having smoked for over 20yrs, I started vaping on June 1st 2018, it took me 4 weeks to finally leave the cigs in the transition of vaping, yes I used nicotine to help me and that has been the god sent. In the past I've tried everything from cold turkey, pills, chewing gum, hypnosis, acupuncture, patches, inhalers, but nothing cut it for me like vaping. I've had some hard times and wanted a cig as I thought it would fix the stress but i just kept vaping to get me through. I am so thankful to my nicotine and vape getting me thought the hard times. For 1, I feel healthier and fitter for it. 2, my cash flow is able to help me survive minimal pay with the bills. 3, my car, back yard and clothes don't smell like an ashtray. 4, the different flavors are fabulous. By far vaping has given me the best way to quit smoking and appose the new laws coming in to stop other smokers giving vaping a go to help them selves to quit as I have done. If I was health minister, "Mr Hunt", this ban on nicotine wouldn't be happening.