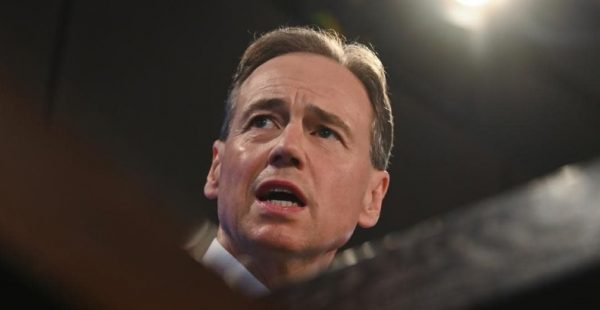 The Long-Term National Health Plan: all rhetoric and no substance

Health Minister Greg Hunt proudly announced a new target of 10% smoking by 2025 in his National Press Club address in Canberra this week under Australia's so called Long Term National Health Plan. The Plan prioritises preventative health and mental illness and the smoking target is indeed a worthy goal.

The goal was clearly not met and is now being kicked down the road another 7 years without any explanation.

Is the government serious about reducing smoking?

Smoking rates have not declined significantly since 2013 so we hoped Mr Hunt would have some new and effective strategies to turn things around. After all, smoking is the leading preventable cause of death and illness in Australia, responsible for 19,000 deaths per year.

However we were disappointed

$5 million is about approximately 0.003% of the annual tobacco excise of $17 billion a year and is clearly inadequate.

Furthermore, media campaigns are ineffective if smokers who are motivated to quit have no support. Failure rates are low even with the best treatment and many smokers try and fail repeatedly to quit. Quitting without support or medication has a success rate of about 1 in 25.

Vaping not even considered

Vaping is one possible solution the Minister continues to oppose.

Vaping is now the most popular quitting aid in countries where it is widely available. Recent research suggests that it is also the most effective

A recent large randomised controlled trial in the UK found that vaping was almost twice as effective as nicotine patches and gums combined.

The Minister has ordered a scientific inquiry to find out what we already know about vaping. However, it will take an extraordinary 2 years to complete with results expected in December 2020. During that 2 years, 38,000 smokers will die from smoking.

Bizzarely, the secretive inquiry has no terms of reference so its goals and value are questionable.

We hope the Minister is not taking advice from the AMA President Tony Bartone, who has a long history of being poorly informed about vaping. He stated this week that 'There is no current evidence that vaping works as a cessation aid'.

The AMA also tries to frame vaping as a Big Tobacco conspiracy. According to Dr Bartone, 'The AMA is aware that the tobacco industry is pushing for other models that still deliver addictive nicotine'. This is clearly untrue but is repeatedly used to dismiss vaping, which is now the most popular and most effective quitting aid globally.

Dr Bartone has refused to meet with members of the ATHRA Board to discuss vaping and the growing evidence that supports it.

The other priority of the National Health Plan is mental illness. People with mental illness have higher smoking rates and are far more likely to die as a consequence of smoking than from their psychiatric condition.

Smoking is a high priority in this population and needs urgent and comprehensive solutions.

However, smokers with mental illness will receive no help from Mr Hunt under this new plan except empty promises and rhetoric.