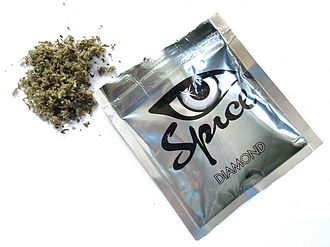 The US Centre for Disease Control (CDC) is investigating an outbreak of severe lung disease affecting over two hundred patients in several US states and the death of two people which 'have been linked to vaping'.

What is causing this outbreak?

The cause of the disease increasingly appears to be vaped illicit street drugs, mostly THC.

In every case so far where a product has been identified, the culprit was not “vaping,” but vaping illicit THC (cannabis) oil.

Not a single case has been linked to nicotine-only vaping.

In Wisconsin, authorities have linked the illness to black market cannabis contaminated with some toxic chemical, reporting that '89% of the 27 cases interviewed so far reported using e-cigarettes or other vaping devices to inhale THC products, such as waxes and oils', usually sold in vape carts (illicit THC oil cartridges).

“Vaping cartridges containing THC may include chemicals or additives that are unknown, unregulated, and unsafe” Wisconsin Health Dept

In California, officials at the California Department of Public Health have identified 21 cases statewide of "acute respiratory distress." These cases are also linked to vaping illicit cannabis products.

In New Mexico, authorities have reported 'All patients who have been interviewed regarding vaping behavior reported the use of vape cartridges containing Tetra hydro cannabinol (THC) oil'.

Similar reports in Utah and Iowa also link widespread use of THC amongst most if not all of the victims of this outbreak.

Nicotine has been widely vaped in the US since 2007 and there are currently 13-14 million vapers in the country. There has never been a cluster of lung illness like this previously linked to vaping nicotine, nor would one be expected.

Vaping nicotine liquid is not without risk, but it has not been linked to any serious respiratory harm in humans according to a recent review. Switching from smoking to vaping leads to a substantial improvement in lung health.

Some of the media reports about this outbreak of respiratory illness are similar to the hysteria surrounding popcorn lung, lipoid pneumonia and spontaneous pneumothorax. These conditions were blamed on vaping nicotine but it was later exonerated.

Should vapers be concerned?

Vaping nicotine is only recommended as a safer alternative for smokers who can't quit. It should not be used by young people or non-smokers.

If you are an adult vaping nicotine from a reputable source you do not need to be concerned. Always avoid black market nicotine suppliers or any other street drug as the nature of the drugs provided, their dose and effects are unpredictable.

If you purchase nicotine from a reliable supplier, vaping is always safer than smoking

Reliable vendors in New Zealand include:

Dr. Riccardo Polosa, Director of the Institute for Internal Medicine & Clinical Immunology at University of Catania, Italy is the world’s foremost researcher studying the effects of vaping on the respiratory system. Click here to hear why he thinks these allegations of vaping-related lung damage are beyond credible on Regulator Watch.

Think the problem here is BHO being diluted and placed into black market pods, BHO is an extraction process that uses Butane and if not done properly there will be butane still in the final product, which when is vaporised is toxic if inhaled or ingested, why I say this is that to properly extract using the butane method the final hash oil/ wax is much darker than they get when using a Rosen press to do the extraction, so what they do is to only evaporate a majority of the butane gas till they get to the colour that can be passed off as being Rosen Pressed wax.