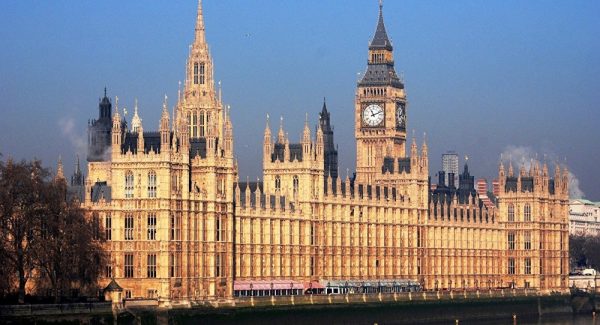 The UK Parliament has strongly supported the role of vaping as an effective aid for quitting smoking in a debate this week.

Support for vaping was unanimous in the debate, which recognised that vaping is twice as effective as nicotine replacement therapy, is considerably safer than smoking, is not a gateway for young people to smoking and should be promoted widely to help smokers quit.

We strongly advise Australian MPs and health officials to read the hansard here.

Norman Lamb, Chairman of the Science and Technology Committee, made the point that

"The action taken by India [banning e-cigarettes] is not based on evidence and is likely to result in more people dying of lung cancer.  I think that is shameful."

Yet, this is exactly what is happening in Australia!

Below are some of the statements made by MPs in the debate:

"E-cigarettes appear to be an effective tool for stopping smoking. None the less, I accept that further research is needed"

"People often conflate the fact that we do not have all the long-term evidence on vaping impact with an assertion that that should lead us to conclude that we should not be recommending vaping as an alternative to smoking. Frankly, that is stupid as a public policy approach, because we know that smoking is killing—I think—more than 70,000 people in England every year, and all the evidence so far shows that nothing like that is happening from vaping."

"There are unknowns about long-term risks, and we need to maintain research on e-cigarettes, but doing nothing is not an option when people’s wellbeing and lives are at risk"

"The deaths (in the US) were potentially linked to acetates, cannabis oil and so on—those are the irritants actually causing the deaths—that we recognised that we should not allow those tragic circumstances to cloud people’s image of vaping"

"There are risks associated with pretty much anything, and vaping is no exception. The message should go out loud and clear that people who do not smoke should not start vaping, but people who smoke may wish to try that alternative as an effective way of reducing their tobacco consumption, or helping them to come off tobacco completely."

"If an adult chooses to smoke, knowing the risks, that is their decision. However, it is incumbent on the Government to ensure that people are aware of the alternatives to smoking, of the risks, and that there is comparatively less risk associated with vaping."

"There is a duty of care on the Government to ensure that tobacco products are not consumed by children. That is absolutely clear, and it is right that we keep the age at which people can start vaping at 18"

"Existing smokers should be encouraged to give up, but if that is not possible, they should switch to e-cigarettes as a considerably less harmful alternative"

"To date, there have been no known deaths from e-cigarette use in the UK. The MHRA yellow card reporting system is in place to report any adverse effects. It has been running for three years and, to date, has been notified of about 85 individual cases; all have been minor, and none has been considered life-threatening"

One Reply to “UK Parliament continues to strongly endorse vaping”

I believe his is one of the most significant information for
me. And i'm happy studying your article. But should statement on some
general issues, The website style is great, tthe articles is
in reality excellent : D. Just right task, cheers
kasino online terverifikasi homepage keberuntungan kasino