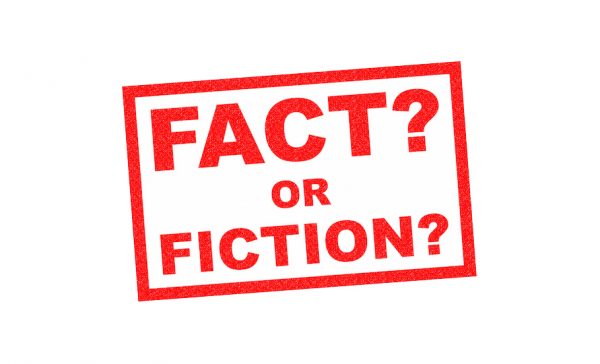 The CEO of Lung Foundation Australia recently made the alarming claim that vaping nicotine is at least as harmful as smoking cigarettes, if not more so.

In an opinion piece in The Mercury on 29 February 2020, chief executive Mark Brookes wrote

“there is strong, credible evidence that both nicotine and flavoured vaping products are just as harmful, if not more harmful, than conventional cigarettes”

ATHRA is not aware of any evidence to support this claim and none was provided. In our view, this is grossly incorrect and misleading. Even the Lung Foundation submission to the Parliamentary Inquiry in 2018 stated “it is likely that these devices are less harmful than smoking cigarettes”.

When contacted by a vaper, Mr Brookes replied “you can find our references in the Foundation’s submission to the TGA which will be released in the near future”. This is puzzling as the TGA is currently considering an application for Heated Tobacco Products which are quite different to electronic cigarettes.

ATHRA has written an open letter to the Board of LFA asking for the evidence to support this claim. If this is not available, we would expect an appropriate public correction.

ATHRA's letter is available here: Letter to LFA Board from ATHRA 4March2020.

What the evidence says

Almost all the harm caused by smoking is caused by the products of burning tobacco leaf. Because e-cigarettes do not involve combustion or tobacco, these toxic chemicals are either not present or are present at much lower levels in e-cigarette vapour and when measured in the body.  For this reason it is beyond any reasonable doubt that e-cigarettes are much less risky than cigarettes.

Other independent health organisations have confirmed the relative safety of vaping compared to smoking:

“the hazard to health arising from long-term vapour inhalation from the e-cigarettes available today is unlikely to exceed 5% of the harm from smoking tobacco.”

“Vaping poses only a small fraction of the risks of smoking and switching completely from smoking to vaping conveys substantial health benefits over continued smoking. Based on current knowledge, stating that vaping is at least 95% less harmful than smoking remains a good way to communicate the large difference in relative risk unambiguously so that more smokers are encouraged to make the switch from smoking to vaping. It should be noted that this does not mean e-cigarettes are safe”

Lung Foundation Australia is an important and respected health charity. Misinformation on a serious health issue will undermine the LFA’s credibility and reduce public trust. People expect reliable and honest information from health charities and this is required to comply with the Charities Act and the National charity regulator, the Australian Charities and Not-for Profits Commission.

Even more importantly, this advice may cause vapers to return to smoking or may discourage smokers from switching to vaping, a far less harmful alternative. This would result in increased smoking-related deaths and illness.

We look forward to a prompt reply to our letter and will publish it as soon as it is available.

Politicians and the like making public announcements that are clearly wrong should be held accountable for such statements.

The statement made is not just misleading. It’s wrong.

Now the damage is done, there is no guarantee a correction of the statement will reverse the damage made by the original statement.

Australian government officials are still referencing original statements made by the CDC and have ignored the latest CDC statements which place no blame on vaping nicotine at all.

Also ignoring the growing world wide evidence that vaping is much safer, the government still states there is insufficient evidence to support vaping as a safer product. Long or short term.

Policies made by the government should be open to legal scrutiny. It seems the government can follow their own agenda without been accountable for the damage it causes.

Thank you for sharing this informative blog.You have saved our search time and these sites are actually genuine.

It is extremly well and very helpfull
thank you
vapedubai

Thank you so much for this interesting article. ! So helpful! iqos heets dubai