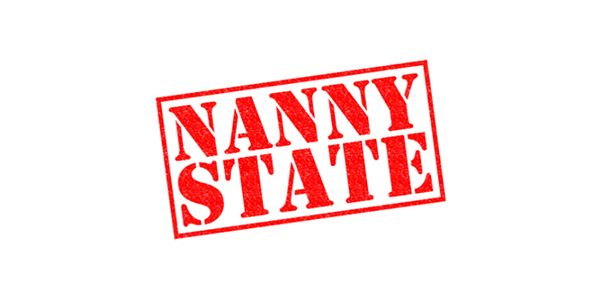 The final report of the WA 'Nanny State' Inquiry by the Select Committee on Personal Choice and Community Safety was tabled in the WA Parliament yesterday and made some important recommendations on vaping. However, unfortunately the Inquiry was constrained by misinformation from anti-vaping advocates.

Nevertheless, Chairman, Aaron Stonehouse MLC was clear about the value of vaping. In a media statement he said

"we know that smokers are twice as likely to quit if they switch to e-cigarettes, so now is the time to get on board with the evidence and legalise vaping"

Mr Stonehouse said the Liberal Democrats will go to the next state election on the platform of moving away from the mentality that ‘the government knows best’ to one where government involvement in business and people’s lives is minimised’.

The Committee received 36 submissions that related to the current prohibition on vaping products: 61 per cent of those supported the legalisation of vaping.

The Inquiry sensibly concluded that the availability of nicotine should be reviewed and recommended that the Government formally requests the Therapeutic Goods Administration to review the scheduling of liquid nicotine.

Legalising and regulating low-concentrations of nicotine liquid so it is readily accessible would improve public health as a safer substitute for Australian smokers.

The report also advises the McGowan government to life the ban on the sale of vaping devices in WA. Sale of devices is illegal in WA but is allowed in all other states and territories.

Regulation of vaping products is also recommended. Many vapers import highly concentrated supplies of nicotine (10-20% nicotine) which are highly toxic and are a poisoning risk and may not meet Australian standards. The sale of low concentrations of nicotine in Australia would avoid this risk.

Some products have been found to contain unexpected chemicals and to be incorrectly labelled. Regulation would improve quality and safety standards, including child-safe packaging and labelling requirements.

The committee noted that vapers should be made aware of the need for a nicotine prescription to legally import nicotine liquid. The fine in WA for possessing nicotine without a prescription is $45,000 for each offence.

The WA Chief Medical Officer Dr Andrew Robertson informed the Inquiry that ‘The evidence is still not in that it (vaping) is even effective and there is certain evidence that suggests that other modalities like Nicorette gum, sublingual spray, patches are more effective'.

This is not correct. There is now convincing evidence that vaping is the most effective quitting aid for smokers and is reducing smoking rates in populations where it is available, such as in the US and UK.

The report failed to identify that vaping is far safer than smoking, concluding that ‘the magnitude of that risk, and how it compares to the risks associated with inhaling smoke from combustible cigarettes, is currently contested.’

This risk assessment was based on the 2017 out-of-date position of the NHRMC and the claim by the School of Public Health from Curtin university that e-cigarette safety was based solely on a misleading review from 2014.

In fact, the safety of vaping has been independently confirmed subsequently by comprehensive reviews by Public Health England and the UK Royal College of Physicians.

The best scientific evidence is that vaping is significantly safer than smoking, at least 95% safer (see here for more)

The report refers to the 'growing evidence of an association between vaping and the US outbreak of serious lung injuries (EVALI) referencing the outdated statement by the Chief Medical Officer from September 2019. However, it is now clear that EVALI was caused by blackmarket THC oils contaminated with Vitamin E Acetate. Not a single case has been linked to commercial nicotine vaping.

The committee was also incorrectly advised by Dr Robertson that vaping was leading young people to become smokers and that there was a ‘massive increases in that population also taking up smoking, in the US particularly’.

The report highlights the evidence-based and pragmatic approach taken in New Zealand.

'New Zealand has recently endorsed the use of e-cigarettes as a means for adult smokers of combustible (traditional) cigarettes to switch to an alternative, less harmful, product in order to, ultimately, quit their smoking habit. Despite recognising that the full extent of e-cigarettes’ health harms is as yet unknown, the New Zealand Government has taken the view that vaping is a viable way to reduce the rate of smoking in the country.'

A similar approach based on the scientific evidence in Australia would save hundreds of thousands of lives.

The MacGowen government is required to respond to the report within 2 months and we look forward to their response.

Inquiry on Personal Choice and Community Safety: Report calls for legalisation of vaping and liquid nicotine, and relaxation of mandatory bicycle helmet laws. The West Australian 13 May 2020