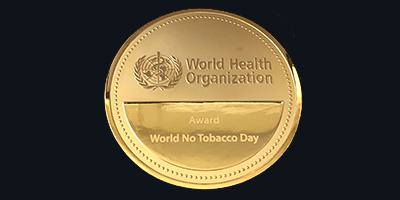 THE Royal Australian College of General Practitioners has been named as a recipient of the WHO World No Tobacco Day awards for the latest update of its smoking cessation guidelines.

The new guidelines acknowledge a role for vaping in helping smokers quit based on a rigorous review of the scientific evidence.

The guidelines provide up-to-date, evidence-based recommendations for a wide range of health professionals to use when assisting patients to quit smoking.

Many Australian smokers are expected to be eligible. Most smokers try repeatedly to quit and fail in most cases.  By the age of forty, the average smoker has tried and failed 20 times to quit.

Quit rates with conventional treatments are 2-15%, so that 85% of quit attempts with the best treatments still fail.

On the other hand, vaping has been found to be twice as effective as nicotine replacement therapy such as nicotine patches and gum, even when used in combination

Under Australian law, vapers need to have a nicotine prescription from their GP to be able to legally use nicotine liquid. If needed, ATHRA has prepared a list of GPs who can assess the suitability of individual smokers for vaping and can provide a prescription if it is appropriate.

ATHRA board member Dr Colin Mendelsohn is a member of the committee that developed the RACGP guidelines.

Fantastic, a bit of common sense amongst the hype and hysteria (or political manipulation) in America. Thank you.

Enquiring for a person with a disability I support who lives in a group home. How is the liquid titrated? Is it mixed by a pharmacy who titrate it down over time? He would not have the ability to titrate or mix independently. I am not familiar with vaping but assume you get a vial of liquid to put into your device? Any advise assistance would be very gratefully received. Is there other risks with it such as heat? Can you be burnt from the device?

Hi Meg, Nicotine liquid needs to be purchased online from overseas and can be purchased pre-mixed and ready to use. A prescription from a doctor is needed to purchase and use nicotine legally.
The liquid is put into the device which heats it into an aerosol.
The devices are extremely low-risk. Electrical faults are extremely rare and fire or burning are even rarer. Many people die from fires caused by smoking in bed.
Vaping is far safer than smoking and smokers who switch are exposed to far fewer chemicals, have greatly reduced biomarkers (toxins in the body) and have substantially improved health.
You can seek further advice from ATHRA, a vape shop or a health professional with an interest in the field.

Hi Meg,
If you want some practical advice, I am happy to see the smoker with you on a Zoom consultation to discuss this in more detail and to plan a vaping trial. This would be bulk-billed, so no cost to the patient.
Otherwise we can meet in person at my office in Double Bay, Sydney if convenient.
If this is of interest, please contact me by email or phone to arrange a time.
Colin
mendel@bigpond.net.au | 0415 976 783