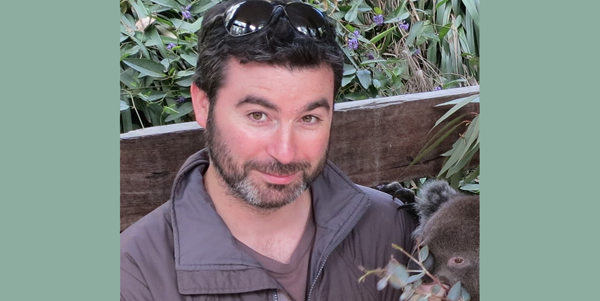 Adelaide GP quit smoking with vaping and wants to help others

KEVIN MURPHY is an Adelaide-based GP who quit smoking with vaping. Now he wants to help others do the same thing. He tells his story here.

"I grew up and trained in Ireland and the UK and emigrated to South Australia with my family in 2014 for a lifestyle change. It was a good move, and we are very happy living here.

By the time I arrived in Australia I had been vaping for 3 or 4 years. I was struck by how difficult it was to access nicotine for vaping, compared to what I was used to.

I come from a long line of tobacco users. Everybody in my family smoked. I took it up in my mid-teens and became heavily addicted very quickly. Over the next 15 years or so, there were multiple unfruitful attempts to quit on my part. I used all the available supportive pharmacotherapy at one time or another; nicotine replacement therapy, bupropion and varenicline. Eventually I managed to stop, but relapsed after a couple of years.

I had resigned myself to a lifetime of being a ‘tobacco slave’ when I learned about vaping, so decided to try it as a harm-reduction alternative to tobacco, and I didn’t look back

I never smoked another cigarette after I took up vaping. It ticked all of the boxes for me; it delivered the nicotine, it gave me that ‘throat hit’, it occupied my hands, as well as being far, far less harmful to my health than tobacco.

Immediately on switching from tobacco to vaping I felt my health improve. The beginnings of a smokers’ cough disappeared, I had more energy and started to exercise (whilst not being limited by shortness of breath).  I finally ceased vaping at the end of 2019 after gradually my reducing nicotine levels from 18mg/ml to 2mg/ml then quitting. I fervently believe that if I had not switched to vaping, I would still be using tobacco.

I have purchased and consumed nicotine in e-liquid in vape stores in Ireland and the UK. This is very different to the situation here in Australia. I find it quite bizarre that one can buy a packet of cigarettes in any service station here, but it is not legal to purchase a product that is exponentially less harmful to health as a far safer alternative. I frankly do not understand the logic.

Speaking as a doctor who has appraised the available evidence, and as an ex-smoker and ex-vaper, there is absolutely, unequivocally no doubt in my mind that switching from smoking to vaping nicotine is a no-brainer

I hope, and genuinely expect that at some point in the not too distant future vaping nicotine will be something that can be readily accessed in Australia. As you all know, currently one needs a prescription to legally import nicotine for vaping.

I am confident that eventually, common sense will prevail and this will change. Until it does however, I am delighted to offer my services as a willing prescriber for those people who have tried but failed to quit smoking using willpower and conventional therapies alone."

Kevin's contact details are available here with the other nicotine-prescribing doctors.

I am really hoping that you and other doctors who understand the need for vapers, will be willing to support us with nicotine prescriptions when the time comes and we can't get it any other way. So good to have a doctor give support to this cause. Thank you

Ive got no idea of when tjis was written but in Perth theres vape shops poppig up everywhere aswell as the few tobacco shops having vape.
Im after on how to start so that i can be at the point of not needing anymore.

We ordered our nicotine bottle from NZ – if anyone’s wondering

I started smoking at 20, when I started nursing, living with other nurses, who all smoked.
Now I'm 64, have tried hypnosis, acupuncture, Nicotine patches and gums, everything available.
I want to try vaping. So many people I've spoken to have successfully quit with vaping.
Why no nicotine in vapes in Australia?.

Years ago they could access Nicotine.
What do we do now, puff strawberry flavoured stuff???

So happy to read this. I'm a life long smoker, starting at age 12, and still smoking at 52. I've just started to try vaping, and it is the only thing that feels like an adequate substitute for smoking. My life has been full of traumatic attempts to quite smoking, using many different methods, all of which have failed. The smoking issue for me has felt like a depressing and hopeless situation that I constantly live with. Now I'm feeling a bit hopeful, and happy to read an alternative point of view to the standard health advice on vaping

Hi are you able to prescribe a buying overseas nicotine prescription please I'd like to start vaping while slowly reducing the nicotine through the vape. I've been smoking for approx 15years and would like to quite due to having children and my health