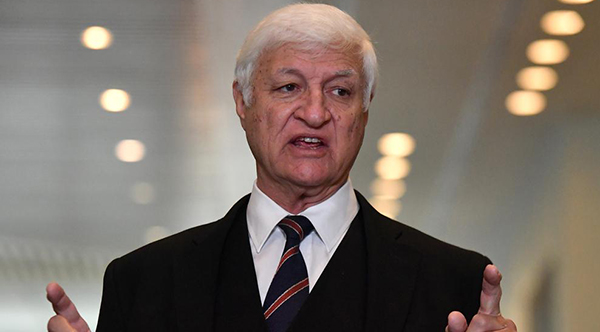 WITH QUEENSLAND smoking rates being much higher than the national average and about 600,000 Queenslanders smoking daily, a different approach needs to be taken to improve people’s health and alleviate pressure on future health budgets.

(Reproduced from Cairns Local News) Katter’s Australian (KAP) Party Leader and Traeger MP Robbie Katter has called for both State and Federal Governments to put people first on tobacco policy and adopt a system that sees legalising nicotine vaping as a central focus.

The risks of cancer related disease and respiratory illness are considerably reduced by the use of electronic cigarettes when compared with smoking regular cigarettes.

This is due to the harmful chemicals in cigarette smoke either not being in electronic cigarette vapour or being contained at much lower levels compared to smoke.

Vaping has helped hundreds of millions of smokers to quit around the world and the scientific consensus is that it’s considerably better for people than smoking. Some former smokers continue to vape long-term to avoid relapsing to smoking. Others use vaping briefly as a quitting tool and then stop vaping altogether.

Mr Katter said Australia has fallen behind global thinking on smoking, with places like the United Kingdom, Canada and New Zealand openly embracing vaping to get people off cigarettes.

“The stance being taken on vaping in Australia defies common sense” he said.

“Everyone knows that cigarettes will kill you, in fact it tells you on the packet when you buy them.

“Vaping isn’t a perfect solution, but if you’re going to ban people wanting to vape, you may as well be banning light beer as well, because that’s what it’s equivalent to doing.

“It’s not acceptable in 2020 that with nearly 1 in 5 people in North Queensland still smoking, the best any government can say to them is you either quit, or you die. There’s clearly a better solution and we need follow it.”

Mr Katter said all developed countries around the world has implemented a successful vaping policy, and it was time Australia followed suit.

“If New Zealand and England can implement a successful vaping policy that helps smokers and protects kids from getting hooked at the same time, then I see no reason why we can’t do the same here,” he said.

Mr Katter said the KAP will write to Premier Anastasia Palaszczuk and the Prime Minister to call for a nation-wide lifting of the ban on nicotine vaping and to make nicotine vaping products as widely accessible as regular cigarettes in the interests of helping smokers to quit.