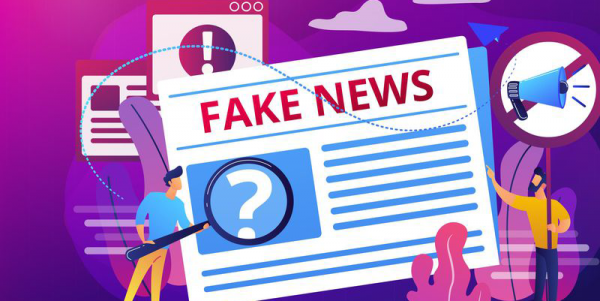 CANCER COUNCIL AUSTRALIA and the Heart Foundation circulated a ‘fact sheet’ on vaping nicotine last week to federal Members of Parliament. Unfortunately, this document contains a number of significant factual errors and omits important evidence. It cannot be regarded by policy makers or the media as reliable.

We examine six of the more egregious claims made in the document. (Download our response here)

1 THEIR CLAIM: There is “no conclusive evidence that e-cigarettes are an effective quit aid” and ­“e-cigarette use undermines quit attempts”

THE FACTS. This is simply not true. Three recent meta-analyses, pooling the results of the best quality randomised controlled trials, concluded that vaping is 70% more effective than nicotine patches and gums (Cochrane Review, RACGP, Grabovac). Meta-analyses of randomised trials are the gold standard for scientific research and show that vaping helps smokers quit in a controlled research environment.

The effectiveness of vaping is supported by the better quality observational (cohort) and population studies which show that vaping helps smokers quit in the real world. The accelerated declines in national smoking rates in countries where vaping is readily available such as the USA and UK provide extra confidence that vaping works.

Each type of study has advantages and limitations but combining and triangulating the results provides compelling evidence that vaping helps smokers quit.

In the UK NHS Stop Smoking Services, the highest quit rates are consistently from those using e-cigarettes.

2 THEIR CLAIM: “The claim that e-cigarettes are 95% less harmful than smoking has no basis in science”

THE FACTS. The ‘95% safer’ estimate is based on comprehensive, independent reviews of the scientific evidence by both Public Health England and the UK Royal College of Physicians. It is flagrantly untrue that it was adopted from a panel discussion with commercial interests.

Vaping is not risk-free but there is overwhelming agreement that it is far safer than smoking. The ‘95% safer’ estimate is not a precise figure but helps to communicate a ballpark for the level of risk so smokers can make an informed choice. Just saying vaping is ‘less harmful’ is too vague. That could be 30%, 60%, or maybe even 99% less harmful.

3. THEIR CLAIM: Vaping is being used by teenagers, not adult smokers trying to quit

THE FACTS. Youth vaping rates are low and vaping is the most popular adult quitting aid in Australia.

In Australia in 2019, only 1.8% of 14-17 year olds had vaped once or more in the last 12 months, according to the National Drug Strategy Household Survey. Less than 1.3% of non-smoking youth had vaped.

Most use by young people is experimental, transient and infrequent. Regular vaping is largely confined to smokers or ex-smokers and is rare in never-smokers. In Australia in the national 2017 ASSAD Survey, only 0.3% of 12–17 year old never-smokers had vaped on 3 or more days in the last month.

Importantly, the evidence suggests that vaping is diverting some young people from smoking. In the USA and UK, the decline in youth smoking has accelerated since vaping became widely available.

4. THEIR CLAIM: Reductions in Australian smoking prevalence have not slowed

THE FACTS. The long-term decline in smoking in Australia has slowed considerably since 2013. The AIHW reported the change from 2013-2016 as not significant. There was a greater (but still slow) decline in smoking from 2016-2019 as vaping became more popular as a less harmful substitute. 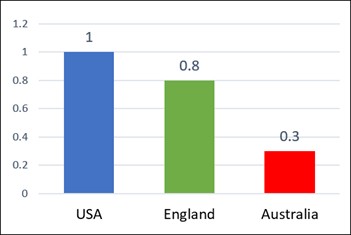 5. THEIR CLAIM: Australia’s precautionary approach is in line with the rest of the world

THE FACTS. Australia is the only western democracy to take a precautionary approach on vaping. Low concentrations of nicotine for vaping products are legal and regulated in the UK, EU, Canada and New Zealand as consumer products and in the USA as tobacco products. All restrict sales to adults only.

Countries such as England and New Zealand actively promote vaping as a safer alternative for smokers who are unable to quit with conventional treatments.

6. THEIR CLAIM: Vaping is NOT reducing smoking prevalence in other countries

THE FACTS. The rate of decline in smoking in the USA and UK is much faster than in Australia and has accelerated since vaping became widespread around 2013. It is highly likely that vaping is the major contributing factor.

Population studies in the USA and the UK have found that smokers who use vaping to quit have significantly higher quit rates than those who do not.

The population impact of nicotine vaping is amplified by its popularity. Vaping devices are now the most popular quitting aid in the UK, the USA and the European Union.

How is it possible that such inaccurate information can be claimed by Cancer Council Australia a supposedly reputable organisation.

Being a grant recipient, you need to twist and fudge figure to achieve your goal

We need real legislation not false accusation to increase grant. Just smoke and mirror & Anti smoker witch-hunt but what about legit foods we purchase from our supermarket laced with antibiotic and carcinogenic colouring agent?

The Scheer Committee has used similar lies to influence the EU Commission. What I don't quite understand why these false claims are being made when it should be known that they are relatively easy to refute (number of Australian youth vaping, number of adult vapers, smoking cessation, decline of smoking rates, etc).

They want you to stop smoking{not stop} THEIR way, [which does not work], so you will spend lots of time and money on the things they provide you with. They cannot stand the fact that we found a way to stop on our own, our way.
Well they want all the credit, for when people do stop when using their stuff, and that's not many. So they can keep lining their pockets full of our money for lies to keep them going. Its a farce and fraud in my opinion. They are criminals and should be punished.