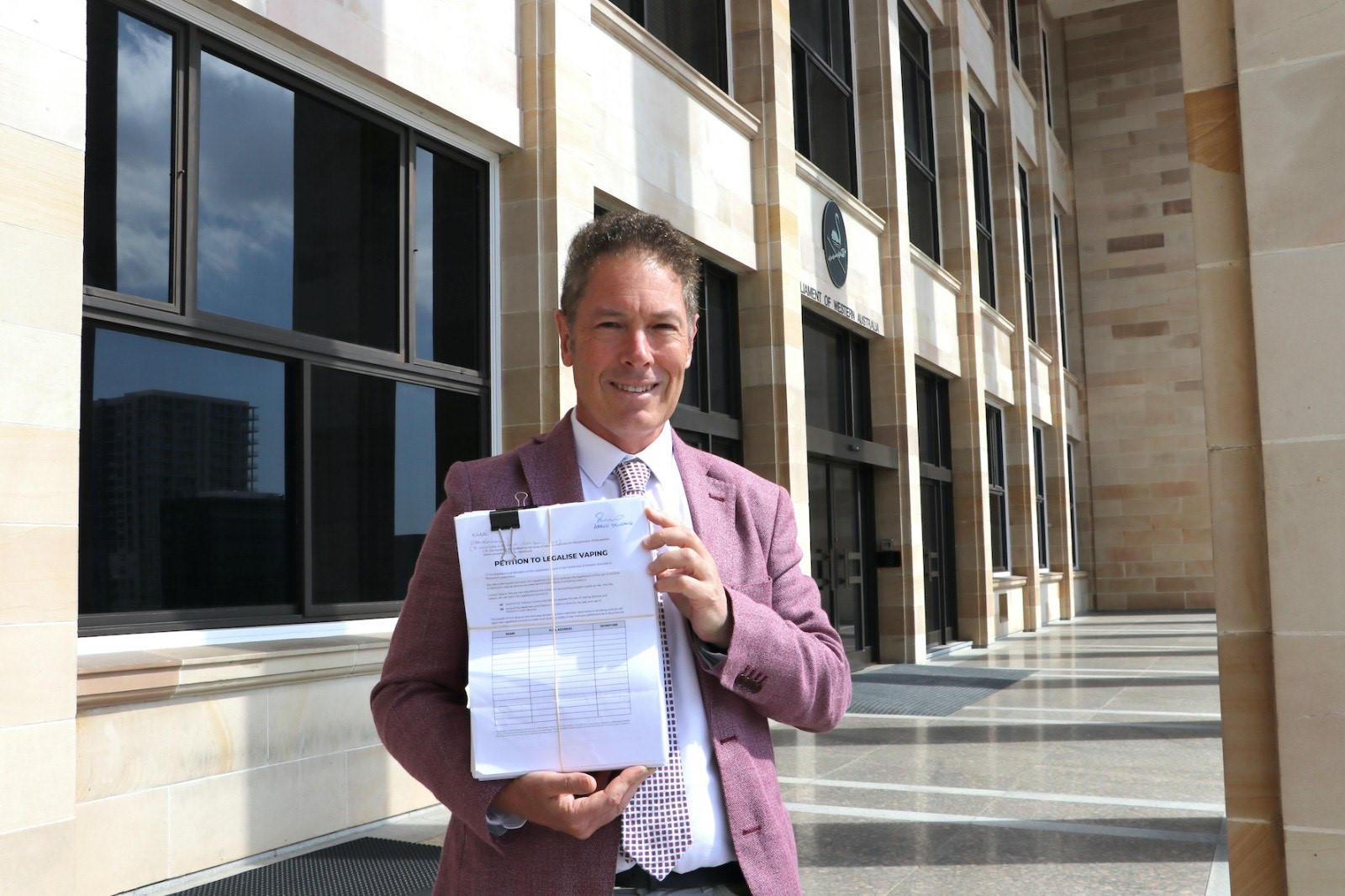 In this modern age, petitions which legally require people to sign a piece of paper seem archaic. They are also difficult to organise. Yet today I was proud to hand over to Aaron Stonehouse MLC a  petition to the West Australian  parliament calling for the legalisation of vaping.

Some 7176 signatures were obtained making it only slightly short of the number signed in support of voluntary assisted deaths laws. This petition was part of what led to  a change in laws in WA. The politicians listened.

Clearly the people of WA support the legalisation of vaping to help smokers quit combustible tobacco.  This is not surprising. We know from work promoted by the UK Government that vaping is at least 95% less harmful than smoking. We know that despite the highest per stick price of cigarettes in the world and plain packaging that Australian smoking rates have barely fallen since 2013. Rates of smoking in Indigenous people, those with mental health issues and  other disadvantaged groups are much higher than the overall rate of 13%.

We also know that whilst cold turkey, patches, gums, prescription medication and even hypnosis helps some smokers quit, others have found these methods ineffective. International experience shows that vaping is the preferred option where available  and a highly effective one.

Australia is an outlier when it comes to its approach to vaping.  It should be no harder for people to access an at least 95% less harmful option. Governments have the power to help smokers quit by enabling smokers to buy vaping products legally.

Today’s petition shows that the people of WA want their politicians to let smokers reduce harm from smoking by vaping and support the legalisation of vaping in WA. The ball is now clearly in the politician’s court. The current parliament has run its course. There is an election in March. It is the duty of the next government  to listen to the people and make it easier for smokers to quit smoking cigarettes.

Vaping should be legalized for it helps the people to quit smoking and adopt a healthier lifestyle. I am actually planning to start my online store and sell the OEM e liquid so it is easy. I will need the license I understand but it should not be made illegal at least. Vaping is not so bad after all. Nice post.