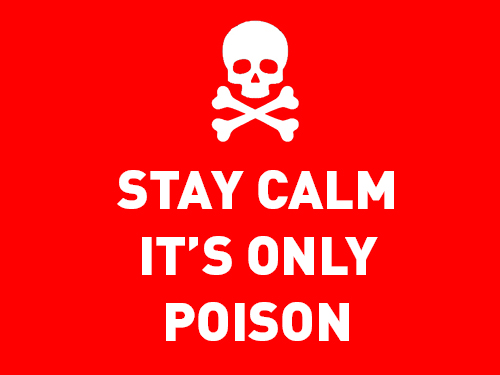 Poisoning from nicotine e-liquid is rare and usually mild

A report from the Australian Poisons Centres has confirmed that accidental ingestion of nicotine e-liquid is extremely rare and is usually mild and self-limiting. The findings support the case for legalising and regulating nicotine for vaping as a safer alternative to smoking.

The study in the Medical Journal of Australia today reported on 202 calls to Australian Poisons Centres for e-cigarette and e-liquid exposure over an 8-year period from 2009-2016. Calls increased as vaping became more popular, but still only represented 0.015% of all calls received. That is less than one in five thousand calls. 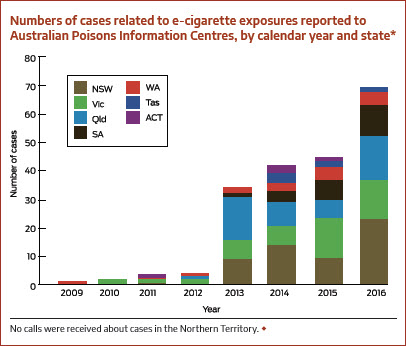 One third of the calls were for children (38%). There were 12 cases of deliberate self-administration by adults for self-harm.

Most subjects had only mild symptoms. Twelve had moderate symptoms, usually vomiting and sedation. There were no serious reactions or deaths reported.

The Australian findings are similar to Poisons Centre reports from the United States, Oregon and Europe which also found that accidental exposure to nicotine e-liquid is usually mild and short lived.

Although nicotine is potentially toxic, serious reactions from accidental ingestion are rare. In most cases, there is prompt vomiting followed by a full and quick recovery. Most swallowed nicotine is not absorbed into the bloodstream and much of the remainder is broken down rapidly in the liver.

Suicide attempts with even very large doses usually result in prompt vomiting. Thankfully there is usually a full recovery but very rare fatalities have occurred in adults and children.

Nicotine poses no risk to vapers if used in the standard doses as intended.

According to Public Health England, the risk from poisoning from ingestion of nicotine e-liquid is likely to be no more dangerous than other potentially poisonous household substances.

Nicotine should be regulated

Nicotine is classified as a Schedule 7 'dangerous poison' in Australia, the same category as arsenic and strychnine and it is illegal to possess or use it without a prescription (Poisons Standard, Oct 2018).

Clearly this classification is inappropriate. Nicotine should be exempted from the Poisons Standard to reflect its real risk

Low concentrations of nicotine should be made readily available for vaping as a less harmful alternative for adult smokers who are unable to quit. Appropriate safety measures should apply as for other potentially toxic common household chemicals and medications.

Bans prevent us from having any control over the quality and safety of nicotine products and packaging. Legalising and regulating nicotine e-liquid will reduce the risk

Parents need to take special care not to leave open containers within reach of children and should dispose of containers carefully.

Nicotine can be absorbed through the skin, but slowly. Accidental spills over small areas are highly unlikely to be a serious health concern. Users should take care to reduce contact with the skin and wash hands promptly after contact.

It is best to use gloves when handling strong concentrations eg 100 mg/ml. Care should be taken to avoid splashes to the eye.