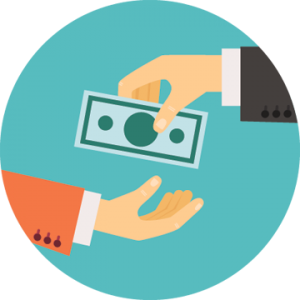 Vaping crusader Dr Colin Mendelsohn has rejected claims he is in the pocket of 'Big E-Tobacco' amid allegations that his campaign group has been secretly accepting funds from the vaping industry.

The co-founder of the Australian Tobacco Harm Reduction Association (ATHRA), which wants the ban on vaping nicotine lifted, was recently accused of hiding financial ties with e-cigarette companies Nicopharm and Nicovape.

Both companies were listed as “foundation sponsors” on the association’s website before they were abruptly taken down in mid-May, along with their company logos.

Last week, ATHRA was accused by Fairfax Media of carefully wording statements on its website and media releases to give the “impression it is independent”.

But Dr Mendelsohn, an associate professor at UNSW’s school of public health and community medicine, said the article was a “non-story”.

“They're talking about secret money and trying to give an impression that we're tied to industry. But we announced vendor funding a year ago. We’ve made that very public,” Dr Mendelsohn told Australian Doctor.Nicopharm and Nicovape had donated $15,000 and $5000 respectively in “seed funding”, he said.

Their names were removed from the ATHRA website following legal advice that stated the charity could fall foul of the law because the TGA restricts material that can be viewed as promoting or advertising the use of e-cigarette products, he said.

“We had to remove it because when we had our website reviewed, our lawyer said, 'You have to take that off, it’s in breach of TGA law, and federal and state laws’,” Dr Mendelsohn said.

However, he conceded the website changes, as well as its explicit rejection of tobacco industry donations, could have been better communicated.

“We never said we don’t take funding from the vaping industry, but we don’t represent them. They’re not our members, they’re not our sponsors, they make gifts which are totally untied to our spending,” he said.

ATHRA has since added a “Funding” section to its website, which states that "two vaping businesses provided funding for the initial legal and website costs of establishing” the charity.

According to Dr Mendelsohn, a majority of ATHRA’s funding comes from small vaping business and vendors, but he said no further donations had been received from either Nicopharm or Nicovape.

See also the following commentary from the UK:
Outrageous Attack on ATHRA, Planet of the Vapes