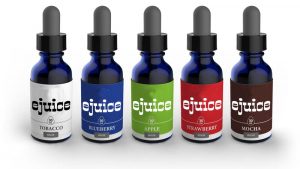 Propylene glycol (propane-1,2 diol) is a clear, tasteless liquid found in almost all e-liquids. It is also used in a wide range of products such as foods, asthma inhalers, air disinfectants and food flavorings. Another common use is for making theatre fog in stage productions.

Along with nicotine, PG helps to create the familiar ‘throat hit’ that smokers are used to, which can help make the transition from smoking to vaping easier. PG also helps to carry the flavouring in the e-liquid.

PG is generally regarded as safe but there is limited experience with long term inhalation. Some people can find it irritating in the mouth or lungs and may need to choose e-liquids with lower PG levels. On the other hand, PG has antibacterial properties and may help to reduce infections.

PG is a ‘thin’ liquid and is drawn into the wick more efficiently when you take a puff.

Click here and here for more information about PG and VG.

The other ingredient in almost all e-liquids is vegetable glycerine (VG), a clear, sweet tasting liquid. VG is also widely used in pharmaceuticals (such as cough syrups, creams), toothpaste and foods. It is generally regarded as very safe although there is limited information on long-term inhalation.

The main function of VG is to produce a thicker, denser vapour with a smoother feel. The greater the percentage of VG in the liquid, the more vapour is produced.

VG is quite viscous liquid though and does not soak quickly into the wick.

A good starting ratio is 50:50. People who want big clouds choose more VG. Higher levels of PG give a stronger ‘throat hit’. People who are sensitive to PG, may reduce their PG levels and increase the VG component. The ratio selectd is very much a matter of personal preference.

Nicotine is the main addictive chemical in tobacco smoke and most vapers use nicotine in their e-liquid to avoid smoking urges and withdrawal symptoms. It also contributes to the familiar ‘throat hit’ from vaping. Some users find nicotine-free e-liquid is effective as they are not nicotine-dependent but enjoy the hand-to-mouth vaping experience.

Nicotine in e-liquid is extracted from the tobacco leaf, just like the nicotine used in nicotine patches and gums etc. Although many companies now use pharmaceutical grade nicotine (medicine quality) it still may contain small amounts of contaminants from the tobacco plant. Some companies are now making synthetic non-tobacco nicotine, although it is expensive and not widely available.

Nicotine in liquid form is classified as a ‘dangerous poison’ in Australia, however, the low concentrations used in vaping have relatively minor health effects. As nicotine can be absorbed through the skin, it is best to avoid excessive contact with the skin and to wash your hands after handling. However, the concentrations found in ready-to-vape e-liquid are very unlikely to cause harm even after significant skin exposure.

Popular nicotine concentrations range from 3-24mg/ml. Most people start in the 6-18mg/ml range.

Many users start with tobacco flavoured e-liquid which more closely resembles a smoking experience. However, over time, most progress to other flavourings such as mint, fruit, sweet, food and beverage flavors. Flavours are usually included in pre-mixed solutions.

Certain chemicals are known to have potential risks and are best avoided. These include

Small amounts of chemicals and some toxins are produced by the thermal breakdown of PG, VG and flavourings when e-liquid is heated. These chemicals are present in the inhaled vapour in low quantities. Although some of these chemicals are potentially harmful, they are generally less than 1% of the concentrations in smoke.

So far there has been no sign of any serious health effects from vaping. The long-term health effects of the inhalation of these low levels of chemicals is unknown. However, based on what we currently know about the nature of these chemicals they are certain to be much less harmful in the long-term than smoking.

Ready-to-vape or ‘mix your own’

Beginners generally purchased pre-mixed e-liquids which are ready to vape from vape shops or online. Some experienced users like to mix their own e-liquid from the individual ingredients. Mixing your own is cheaper, more fun and gives more control over the finished product. Click here for a review of how and why users mix their own and the accuracy of home mixing.