Cravings for a cigarette are often triggered by specific situations, people or moods. It is important to identify your personal triggers or ‘cues’ and to plan coping strategies for when they occur after you have quit. 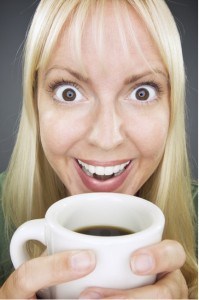 Common cues are a cup of coffee, drinking with friends, after meals or when feeling stressed.

Cravings are usually strongest later in the day and evening and lapses are more likely to occur then. It is especially important to have effective coping strategies prepared for these times.

A smoking diary helps you to identify your triggers. Once you have anticipated your challenges, make a list of what you can do instead of smoking when they occur.

Mindfulness can also help to relieve cravings with a simple strategy called ‘urge surfing‘. Instead of fighting the urges, you accept and watch them and they gradually pass.

How mindfulness can help you quit

Mindfulness is widely used to help people relax, improve their mental health and cope better with stress. It can also be used to help smokers quit by relieving cigarette cravings and withdrawal symptoms.

Mindfulness is about being aware of the present moment by paying attention to our immediate sensations, thoughts, emotions and actions, and the situation we are in. Making a choice not to have a cigarette involves being able to know and bear the sensations and thoughts in the moment of craving.  We can see our responses for what they are: thoughts, feelings, sensations which can be tolerated and not necessarily acted on. This gives us more control over our decision to smoke or not in response.

Mindfulness Based Stress Reduction (MBSR) is a powerful strategy to calm the mind, cope with stress and improve self esteem.

Urge surfing is a simple mindfulness technique to cope with urges to smoke.  Urges are like ocean waves. They are small when they start, grow in size, and then break up and dissipate. You can imagine yourself as a surfer who will ride the wave, staying on top of it until it crests, breaks, and turns into less powerful, foamy surf. The basis of urge surfing is similar to that of many martial arts. In judo, one overpowers an opponent by first going with the force of the attack

Instead of fighting the urge or giving in to it, you step aside and watch it. Pay close attention to the thoughts and bodily sensations you are experiencing as the wave passes. It is empowering to realise that you do not have to automatically give in to the urge to smoke.

With practice, you can learn to ride out even the strongest waves and watch them pass.

Similarly, you can focus on nicotine withdrawal symptoms, such as anxiety, restlessness and anger. Observe how they feel, where in the body you feel them, watch as they come and go. Accept the feelings rather than fighting them and they will soon pass.

Urge surfing can also be used to help with any addictive behaviour such as gambling, overeating, inappropriate sex or any other destructive impulses.

In general, behavioural strategies to cope with challenges fall in the following categories:

Distract yourself until it the craving passes:

Really difficult triggers like drinking with friends can be hard to cope with, especially in the early stages. It may be best to avoid those situations for 2-3 weeks until you are feeling stronger.

Cravings only last 2-3 minutes on average, although they feel like a lot longer! If you can delay the thought of smoking for 10 minutes, for example, until a certain time or after completion of a task, the craving will almost invariably be gone.

If the pressure is mounting and you think you are going to crack, just leave! Go home, go for a walk, just get out of there!

Smokers learn to associates certain situations with a cigarette. For example, a favourite chair, at a certain time of the day, with a cup of coffee, watching a certain TV program. Watching the TV show in another room at a different time could help to break the association.