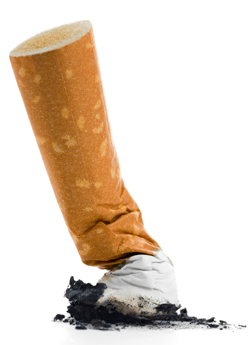 There is now convincing scientific evidence that vaping helps some people quit smoking and personal vaporisers are now the most popular quitting aid in the United Kingdom, the United States and the European Union.

Modern devices can provide the same levels of nicotine as tobacco cigarettes and can relieve urges to smoke and nicotine withdrawal symptoms such as irritability and loss of concentration. They also address the sensations and hand-to-mouth action of smoking.

Vaping is mostly used as a long-term safer substitute for smoking (tobacco harm reduction). It can  help prevent relapse by acting as a smoking substitute to relieve urges to smoke after quitting. Vaping is also used as a short-term quitting aid.

Reviews of the evidence

Early RCTs with ineffective first generations devices were modestly effective. However, a recent landmark RCT of 900 smokers in the UK found that vaping nicotine with a more efficient second generation device was nearly twice as effective as nicotine replacement products like the patch and gum at helping smokers to quit. Read our blog for more here.

Studies in large populations in both the US and UK have found that smokers who use vaporisers to quit have significantly higher quit rates than those who don’t use vaporisers.

More evidence of the effectiveness of vaping is that smoking rates are falling in countries where vaping is widely available, in some cases such as the US, faster than ever. Many experts feel it is likely that vaping is contributing to the rapid decline. However, in Australia where vaping is heavily restricted, the smoking rate has stalled for the last 3 years (2013-2016). 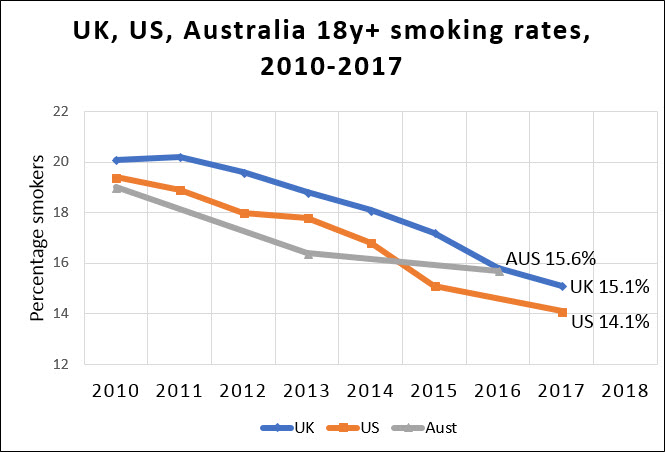 There are many thousands of personal stories online of individuals who have quit smoking with a personal vaporiser, such as here and here. These testimonials are not strong scientific evidence, but are important when added to the above evidence from properly conducted research studies.

Daily and longer use more effective

Some published research studies did not find that vapers were more likely to quit. However, many of these studies were not well conducted and some made important scientific errors, so their conclusions are not considered reliable.