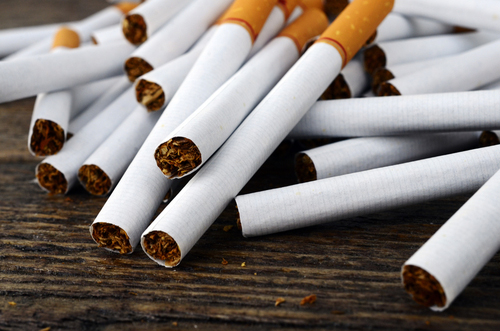 Combustible tobacco could be relegated to the ashtray of history one day if health authorities in the US manage to push through unprecedented and highly controversial rules limiting nicotine in standard cigarettes.

The US Food and Drug Administration appears committed to the idea of introducing a rule to set a maximum nicotine level for cigarettes, a level so low that cigarettes become minimally addictive or even non-addictive.

If this plan for nicotine-reduced cigarettes gets the green light, nations around the world could follow the US lead, radically changing the lives of millions of smokers. Australian authorities are watching developments with interest. This anti-smoking push, from one of the world’s largest health bodies, is sure to be fiercely resisted by retailers and tobacco growers.

Much of the feedback on the proposal, posted on the US Federal Register, has been scathing. “Honest to God, people really have to GET A LIFE and stop demonising smoking and smokers,” wrote Jenn Cunningham.

“IF smoking is going to cause a problem for someone (less than 20 per cent of users) it’ll only be after 30-40 years. You won’t beat your wife or children from smoking. Yet the taxes and excise on tobacco is several times that of alcoholic products? NO tax, not even sin or luxury taxes, should ever exceed more than 25 per cent of the product’s price.”

Experts fear that even if the proposal is passed it will face mammoth difficulties in its implementation. A rule that renders cigarettes nearly nicotine-free would likely give rise to a black market in higher-nicotine tobacco, just as the Prohibition era in the US spawned a thriving market in moonshine.

The FDA also has flagged the possibility that these very low nicotine cigarettes (or VLNCs, as they have become known) can be seen as “healthier” than ordinary cigarettes, which then may encourage more smoking. Nicotine-addicted smokers, too, may try to add liquid nicotine to the VLNCs.

Nevertheless, to provide a weighty backdrop for its proposal, the FDA commissioned a study into the possible consequences of introducing VLNCs. The report on the study, titled Potential Public Health Effects of Reducing Nicotine Levels in Cigarettes in the US, was published earlier this year in the New England Journal of Medicine and concluded that limiting nicotine in cigarettes could be a useful measure.

“Our findings show that reducing the nicotine level in cigarettes has the potential to substantially reduce the enormous burden of smoking-related death and disease,” the study’s authors write. “We estimate that a nicotine product standard for cigarettes in the United States could save millions of lives and tens of millions of life-years over the next several decades.”

The FDA proposal would reportedly limit nicotine to 0.3mg to 0.5mg per gram of tobacco in a cigarette, compared with the 10mg to 14mg of nicotine now in an ordinary cigarette.

In Australia, nicotine gum, lozenges, sprays and patches have helped many Australians quit or minimise smoking, but the government so far has refused to legalise e-cigarettes, which contain nicotine and provide the familiar hand-to-mouth ritual of smoking but do not burn tobacco, the most dangerous way of getting a hit of nicotine.

Cancer Council Australia policy director Paul Grogan says he and his colleagues are watching the developments in the US “with interest”.

But, he adds, “on the matter of production regulation, the current evidence is stronger for the benefits of banning all flavourings, including menthol, and banning so-called filter innovations. These product features cause harm and could be eradi­cated through appropriate government intervention. Before looking closely at new experimental options like nicotine reduction, government should be reviving its commitment to mass media anti-smoking campaigns.”

Colin Mendelsohn, a tobacco treatment expert at the University of NSW, says the FDA is committed to reducing nicotine in cigarettes as part of a comprehensive plan to control smoking in the US.

‘The other key element of the proposal is to provide safer alternatives to smoking, such as e-cigarettes for smokers who wish to continue nicotine,” he says. “E-cigarettes provide nicotine in a cleaner form without the combustion that causes most of the health effects of smoking.”

The data on VLNCs are mixed, he adds. Some experts fear smokers would smoke many more cigarettes to compensate for the lower nicotine content, but the response has been that VLNCs simply wouldn’t contain enough nicotine to encourage that practice.

There is also some fear that eliminating full nicotine cigarettes would add fuel to the smouldering problem of cigarette smuggling and illicit tobacco crops that now exists in Australia, largely encouraged by the sky-high tax the government now levies on tobacco.

“Prohibition does not work for most things and there is sure to be an illegal supply of contraband tobacco provided by organised crime groups,” Mendelsohn says. “On the other hand, it may help to reduce uptake by young people, who are unlikely to get addicted.”

VLNCs would have to replace all standard cigarettes on the market, he warns, because addicted smokers would not smoke them voluntarily.

And such a heavy-handed measure could give rise to any number of problems, as well as a nation dealing with millions of cranky smokers forced to cope with nicotine cravings, or turning to illicit tobacco.