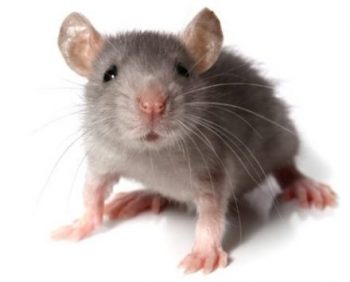 Why mouse studies can be a hazard to health

Sensational and misleading headlines are common as clickbait on online media hungry for click-throughs for advertising revenue. However, it is very disturbing when this occurs in medical publications where a higher standard of ethics should apply.

The headline ‘Vaping linked to cot death’ in the doctorportal e-newsletter on 26 July 2018 was one recent example.

This article implied that e-cigarettes were associated with an increased risk of cot death in humans and did not accurately reflect the findings of the study.

The study tested nicotine, not electronic cigarettes. If there is a risk of nicotine from vaping, it would also apply to nicotine from nicotine replacement therapy (NRT) and smoking. That the headline only mentioned e-cigarettes misrepresented the study.

A more accurate headline based on the study would have been ‘Nicotine delivered from a surgically implanted osmotic pump may cause impaired auto-resuscitation in neonatal rodent pups with medullary 5-HT deficiency’.

Readers had to click-through to read the study’s press release, which in itself was misleading, to find:

According to the Vice President of Research at the US Arnold Foundation ‘As soon as journalists see the word “mouse” in a study (or “rat,” “hamster,” etc.), they should put down the press release, delete any related emails, and refuse to write a word about that study. ‘

This is because animal studies do not reliably predict human outcomes with sufficient certainty. Many animal studies have methodological flaws and use exposure doses that are not comparable to human use, not to mention the obvious biological and genetic differences.

For example, in stroke research, out of 500 treatments reported to improve stroke outcomes in animals only two treatments worked in humans.

Animal models can provide a hypothesis for testing in humans, but fall far short of predicting human responses, especially in toxicology and pathophysiology.

A similar study on mice claiming that vaping may cause cancer in humans was criticised as ‘wildly misleading’ by Cancer Research UK here.

Minimal risk from nicotine in pregnancy

NRT is approved for use in human pregnancy and endorsed in Australian clinical guidelines. There is no evidence of harm to the human fetus from NRT and no evidence of an increased risk of cot death. In fact, studies have found improved outcomes for the child when NRT is used in pregnancy by smokers.

It is widely accepted that vaping is far safer than smoking, and this is also likely to be the case in pregnancy, according to the UK Smoking in Pregnancy Challenge Group. Even if nicotine from vaping did increase the risk of cot death, the overall health risks for a pregnant smoker who switches to vaping are substantially reduced.

The study made no attempt to compare the risk of vaping or NRT with smoking, the much higher risk alternative. Presenting an unquantified level of risk in isolation, without a comparison with the counterfactual is meaningless.

Misleading headlines about vaping are common

The UK Royal College of Physicians and the US National Academies of Sciences have both confirmed that e-cigarettes are substantially less harmful than smoking and can help smokers quit.

However, negative and alarmist headlines about vaping are commonplace and have led to confusion among both the public and health professionals. A recent study reported that 65% of Australians did not know that e-cigarettes were a lot less harmful than combustible cigarettes. This is important as it may deter smokers who are unable to quit using conventional treatments from switching to the far less harmful alternative.

The same misinformation may deter doctors from recommending the use of e-cigarettes for smokers who would otherwise continue to smoke.

Scientific research needs to be presented accurately by scientists and critically assessed by journalists before being reported to the public. Misleading headlines about vaping spread fear and false messages and can ultimately increase death and disease by reducing the uptake of a far safer alternative to smoking.

Instead of discouraging vaping, we should be following the advice of the UK Royal College of Physicians and encourage its appropriate use by adult smokers:

‘in the interests of public health it is important to promote the use of e-cigarettes… as widely as possible as a substitute for smoking’.

Read also: Of mice and menace: why rodent studies of vapor products are meaningless, by Carl Phillips, on The Daily Caller