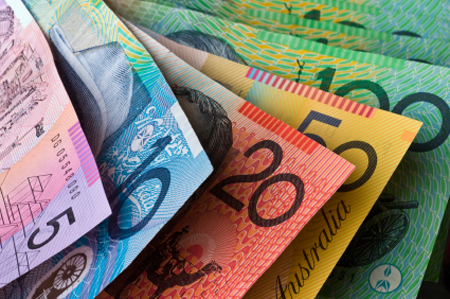 Is today’s tobacco excise rise a genuine attempt to reduce smoking rates or a tax grab by a greedy government, exploiting and punishing smokers for their addiction? Most smokers think it is the latter.

Cigarette prices have doubled in Australia since 2008 and are now the highest in the world. A 20-pack of Marlboro costs an eye-watering $27 in Australia or $9,855 per year for a pack-a-day smoker. In Australian dollars, the same pack costs only $16.67 in the UK, $9.51 in the US and $1.47 in Vietnam. Increasing tobacco taxes is a proven strategy for reducing smoking rates but appears to be having a diminishing effect at these stratospheric levels. There remains a population of addicted smokers who will continue to smoke no matter what the price. 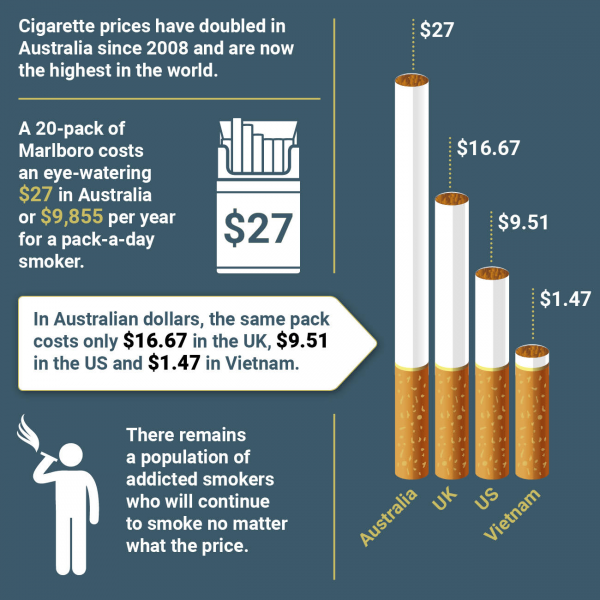 In spite of annual price increases, there was no significant fall in Australian smoking rates from 2013 to 2016, according to the 3-yearly National Drug Strategy Household Surveys. Adult smoking rates increased in New South Wales from 13.5% to 15.1% between 2015 and 2016, and national cigarette consumption rose in 2017 for the first time in a decade according to the National Accounts.

Tobacco excise delivered a massive $12.5 billion to government coffers in the last financial year. However, this tax is particularly cruel at a time of zero wage growth. High prices exploit the most marginalised members of the community, such as low income groups, Indigenous people and people with substance use and mental illness.

The most disadvantaged have more than twice the smoking rates of the more privileged and have more difficulty quitting. For those unable to quit, high taxes are regressive, punitive and increase financial hardship and health inequalities. A pack-a-day smoker on Newstart spends 68% of their annual income on smoking, leaving very little for food, accommodation and other essentials.

The average household in Australia spends more on tobacco than they do on domestic holidays, motor vehicles, take-away food, telecommunications or electricity.

Another unwanted effect of high prices has been the exponential growth in the illicit tobacco industry. Illicit tobacco from smuggling and illicit tobacco crops makes up 15% to 28% of the total tobacco market and funds organised crime and terrorism.

Australia’s tobacco control policy has always focussed on telling smokers to just quit, also known as the ‘quit or die’ approach. However, smoking is a uniquely addictive habit. Seventy per cent of Australian smokers want to quit and most try repeatedly and fail, even with the best treatments. Continuing smokers remain at high risk and up to two out of three will die from a smoking-related disease.

However, there is now a viable alternative: vaping. Nicotine vaporisers (e-cigarettes) provide the nicotine that smokers are addicted to but without the tar and carbon monoxide that cause almost all the harm to health. Importantly they also replicate the smoking ritual and provide some of the pleasure and habit that makes quitting so difficult.

Nothing on this planet is risk free but at a minimum of 95% less harmful, vaporisers are far safer than smoking and have helped millions of smokers quit overseas. Vaping with nicotine is legal in New Zealand, Canada, the UK, US and the EU. In Australia nicotine e-liquid is effectively banned but it can be legally imported or purchased from an Australian compounding pharmacy if the user has a prescription from a medical practitioner.

Today’s price rise could be a blessing in disguise if it triggers a switch to vaping. Apart from the benefits to health, vaping devices are much cheaper than tobacco products and will relieve the financial stress and deprivation created by the exorbitant tobacco prices for addicted, low income smokers. A year’s supply of vaping products costs around $1,000 - $1,500, a massive saving on the cost of smoking.

Today’s tobacco tax rise will be followed by another in 2019 and in 2020. As the financial pressure builds, smokers who cannot quit should consider switching to a less harmful alternative. Vaping is 95% less harmful than smoking, 85% cheaper, less smelly and more socially acceptable. It’s a no-brainer really.

— Colin Mendelsohn is the Chairman of the Australian Tobacco Harm Reduction Association and Associate Professor of the School of Public Health and Community Medicine, University of New South Wales. Follow him on Twitter @ColinMendelsohn