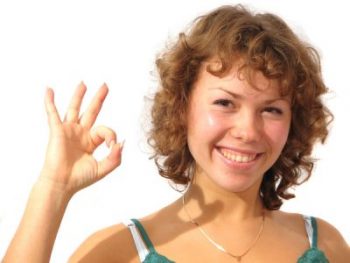 Smokers who were using vaporisers were 65% more likely to have quit smoking in the last 12 months than smokers who were not using a vaporiser. The following graph shows the dramatically higher quit rates during the 2014-16 period in those who vaped compared to those who did not vape. 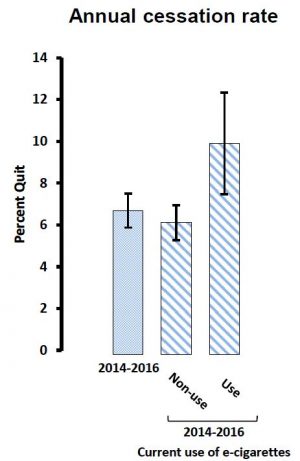 Quit rates were significantly higher for daily smokers (who are less likely to quit) than those who smoke less frequently.

The study also found that since vaping became available in the US in 2006, national quit rates have been steadily increasing, as the following graph shows. Not only are quit attempts now more frequent, they are also more successful. This is having a substantial effect on smoking prevalence across the whole population. 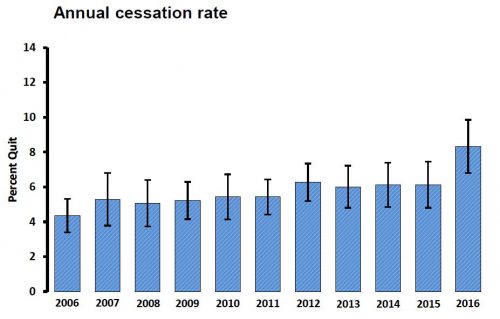 Why is this study important?

This is the largest study so far and it adds to the growing evidence that vaping is an effective quitting aid.

In particular, it shows what is happening in the real world where smokers have a range of quitting aids to choose from. Vaping is helping more smokers to quit than all other quitting aids combined (including 'cold turkey'). This is having a substantial impact on the population smoking rate.

Switching to vaping is an individual journey for each smoker. The transition to vaping involves different vaping products, experimenting with different flavours and nicotine strengths and getting advice from vape shops, online forums and peers.

On the other hand, randomised controlled trials are artificial constructs and do not reflect how vaping is used in a real world setting.

Critics of vaping claim that it may delay quit attempts and lead to decreased smoking cessation. For example, a smoker may vape when unable to smoke and this may reduce the incentive to quit altogether. Another concern is that non-smokers may take up vaping and go on to smoke.

While this may occur in certain individuals, this study shows the opposite effect is occurring overall, ie that vaping is contributing substantially to a reduction in smoking rates.

This study used data from two large, nationally representative surveys of the US population over the period 2006-2016.