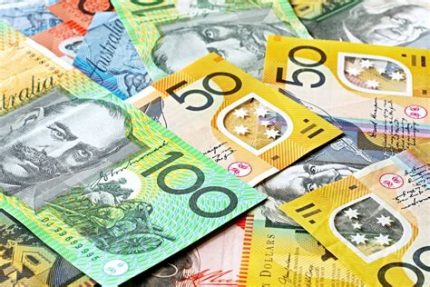 Connections can come in surprising ways. Senator Elizabeth Warren released DNA testing showing that she has between one in 64 and one in 1024 parts Native American Indian. All of us have 4,096 people in our lineage if we go back 12 generations. It is likely we all have some ancestral input we would not expect.

The same applies to the money we receive. We may get a surprise as to where it has been before. ATHRA supports legalising vaping in order to reduce the death and disease toll from smoking in Australia and has recently been questioned over its funding.

ATHRA does not accept money from tobacco companies. However, it publicly declared that it received a one-off donation from private sector public health agency, whose focus is on ‘harm reduction as a key public health strategy'.

In turn, this organisation has accepted donations from other sources to support its objectives of reducing harm from tobacco. According to the logic of certain elements in public health this money is tainted and should not have been accepted by ATHRA.

This is where it gets interesting...

At what point does money no longer have anything to do with its prior “owners”. Let’s explore this when it comes to tobacco and public health.

Cigarettes are sold in packages, transported to shops and sold in various retail outlets. Any company involved in this process generates revenue from the sale of tobacco products. Following this logic, any donation to, say, the Heart Foundation or Cancer Council from any of these companies is tainted.

Has any health charity rejected such money?

Let’s go a step further. Employees of any company (e.g. a supermarket), which generates revenue from the sale of tobacco products, are paid wages which are in part due to sale of those tobacco products. In turn any employer donation to any health charity must, to follow the logic, also be tainted.

I am yet to see any donation page ask for details of the donor’s employer.

And how far back do we need to go? In 12 generations, one of a person’s 4,096 ancestors may have worked in a part of the tobacco industry. Thus, any inheritance is tainted. I have never seen questions about this on “donate now” pages.

But it actually gets worse. Which entity gets the largest amount of money from cigarette sales? The government. Therefore, according to some, any money from government is tainted.

University academics and public health groups who receive federal government funding are also tainted. This also applies to doctors who accept payments from Medicare (the government health insurer). They are also receiving money indirectly from the tobacco industry.

This will shock the Australian Medical Association (AMA). Although only representing 25% of doctors as members, the AMA and its members generates significant revenue indirectly from tobacco sales.

Ironically, the West Australian AMA wrote a letter to  members of parliament claiming that those who support vaping are “well funded”. For the record the Board of ATHRA receives no payment and ATHRA has a minuscule budget. It gets no government funding.

It is fascinating how public health always claims to be underfunded. Yet as a defacto arm of government it receives massive amounts of government money, generated in part from tobacco companies.

In the same letter the AMA claimed “we must not take our eyes off the ball”. Opponents of tobacco harm reduction appear to have lost interest in the ball (helping smokers) and are focussed on playing the man (the supporters of harm reduction through vaping).

What is the bottom line here?

The origins of our ancestry or the money in our own pockets may surprise us if we go back far enough. This is NOT an issue. The real issue is innovative ways to help smokers quit smoking and reduce their likelihood of smoking-related disease or premature death.

That is the ball we need to keep our eye on. Whether a Board member of ATHRA once had a next door neighbour whose cousin’s friend once worked in an business which generated money from tobacco sales, or donated to organisations supporting smokers to quit smoking is, to use a pun, a smokescreen for the failure of Australian public health to keep up with the rest of the world in reducing the harm from smoking.