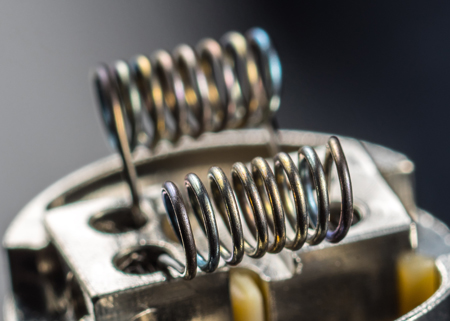 K. I want more facts backed by numbers and actual statistical findings found during the tests this man did. When you just use very vague notions like "daily safety limits" or "normal use" but do not explain what you mean by those terms or give information like statistics about those terms, or hell, even a definition. I cannot trust the entire page since all I have now is your word that those phrases are ok. Please Please if you are to make another page, please, ad more actual data from the findings and give better definitions for those of us who may not understand.

Hi Karsten, The abstract for the article is available here
https://www.tandfonline.com/doi/full/10.1080/08958378.2018.1523262?scroll=top&needAccess=true
If you would like a copy of the full study, please email us and we will send it to you. Email colin@athra.org.au

Hey, I have a question related to this topic, though a bit of a different idea. Most eliquids contain additives, and recently, organic acid neutralized nicotine eliquids (nicotine salts) have started to become a big trend. These acids include benzoic, citric, lactic, malic, tartaric and the like. There acids have been shown to increase oxidation of metals at elevated temperatures such as 316L stainless (here is an article discussing how metals degrade in the presence of acids: https://www.parrinst.com/wp-content/uploads/downloads/2011/07/Parr_Stainless-Steels-Corrosion-Info.pdf)

My question is; should people be concerned over the use of these additives? there are SALTS of nicotine as well, so they are buffered solutions. Though I figure coils would degrade faster and so release more metal nanoparticles. I am personally concerned, especially with nickel as this metal is already quite nasty.

Sorry, I meant to reference this one: Corrosion Resistance of Nickel-Containing Alloys in Organic Acids And Related Compounds https://nickelinstitute.org/media/1658/corrosionresistanceofnickel_containingalloysinorganicacidsandrelatedcompounds_1285_.pdf

Though the above mentioned source does show some good data as well.

Haha they said here is your facts.

If the metal amounts detected per breath are above safety limits, then there are concerns and you can't underscore the safety impact by saying these limits are safe on a daily dose basis. If something is poisoning the body on a breath basis, why put it in your body risking what it can do to your body. Everyone reacts differently to the same amount of these metals and even small trace amounts can have serious impact for some people.

I cannot believe how hard they are coming after vapers. Bottom line is that vaping is far safer than smoking. A lot of vapers, are former smokers, and by vaping, are causing a significantly less amount of damage to their bodies. It is because of under age vapers that are causing all the problems. Instead of making vaping products illegal to be shipped, they should require all vape product websites to get a photo ID of all customers that purchase through their websites. Some sites actually already do this.

What if you have a nickel allergy?

Have you ever vaped? If so, did you have a bad reaction? It would also depend on what your allergic reaction is to nickel. If its just a rash from a ring or something, I have the same thing and I can vape with no problem.

That’s relieving. I’ve been vaping for a couple years on and off as I try and quit cigarettes but now I vape everyday. My boyfriend told me that the metal in the vape is really dangerous so I figured I’d do some research. Obviously vaping probably isn’t totally safe but at least this isn’t a problem. It’s more the addiction factor that I’m worried about as I’ll wake up in the middle of the night specifically wanting to vape.